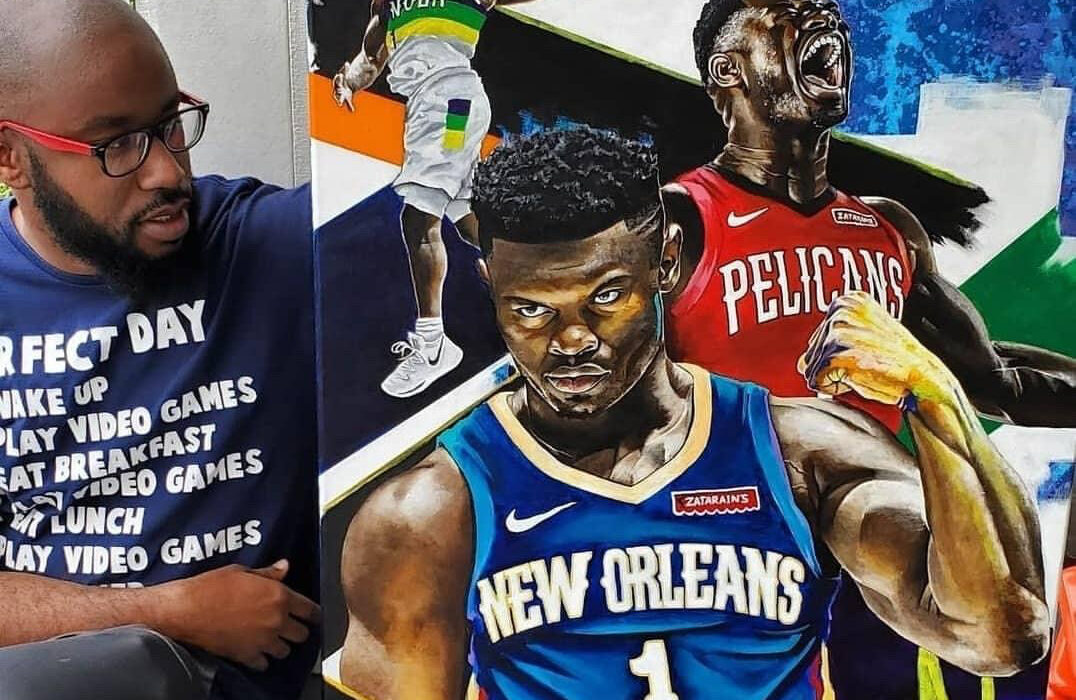 Directly inspired by his surroundings, New Orleans artist and painter Brandon Felix has made a living capturing the beauty of his city and the essence of the black woman’s anatomy.

Raised in the Calliope Housing Projects in the city’s third ward, Felix grew up hearing gunshots each night and clung to his sketchpad and pencil as a source of solace from the outside world. A self-taught artist, Felix would stay indoors and draw endless, perfecting his craft and evading trouble.

“I’ve always been good at drawing and I had no desire to be anything else,” he said. “I always knew what I wanted to be. It took me a while to finally find my way and take the leap to do it full time but now I’m finally fulfilling my purpose.”

Following Hurricane Katrina, Felix relocated to Atlanta and attended the Art Institute. After a year, he left school. But that didn’t curb his passion for creating eloquent masterpieces bursting with vibrant colors, beauty, and bold sensuality.

Although capturing the city and natural beauty seems to come innately for the Big Easy native, Felix only began painting in 2015 after spending decades mastering the pencil. And even though he received a lot of criticism for venturing into the art world full time, his presence and popularity have steadily increased.

“There were plenty of times when I wanted to give up but everything happens for a reason and the fact that I didn’t give up and just kept pushing through and not listening to the people that doubted me means something,” he said.

Influenced by the swift pace of the city and the delicate and subtle power beholden in black women, Felix’s art explores new ways of capturing familiar scenes. From robust cityscapes to the divine feminine in the nude lounging across the bed, his art challenges what’s real versus the illusion created by his paintbrush.

Known for his paintings of black women in the nude, Felix prides himself on artistically displaying the beauty of black women without degrading or hyper-sexualizing them.

Felix desires for black women to see the beauty in themselves through his artwork as he draws from inspiration and models to create his pieces. His dreams are becoming a reality as men and women from across the country flock to Jackson Square to purchase and indulge in his art; proving he could be a thriving artist right in his hometown.

“I felt like I needed to leave to do something big in art,” he said. “And Jackson Square has given me the opportunity to where I can go out there any day and make a bunch of money and keep doing what I’m doing.”

As his following continues to grow, Brandon Felix’s platform and talent blossoms unnerved by naysayers and doubt. Unhampered by his environment or formal training, Felix’s skill is unmatched in millennial artistry as he strides toward becoming one of the greatest of this generation with a paintbrush.

“It’s the greatest feeling in the world to know people are rooting for me, complete strangers when I had so many people that were close to me putting me down,” he said.