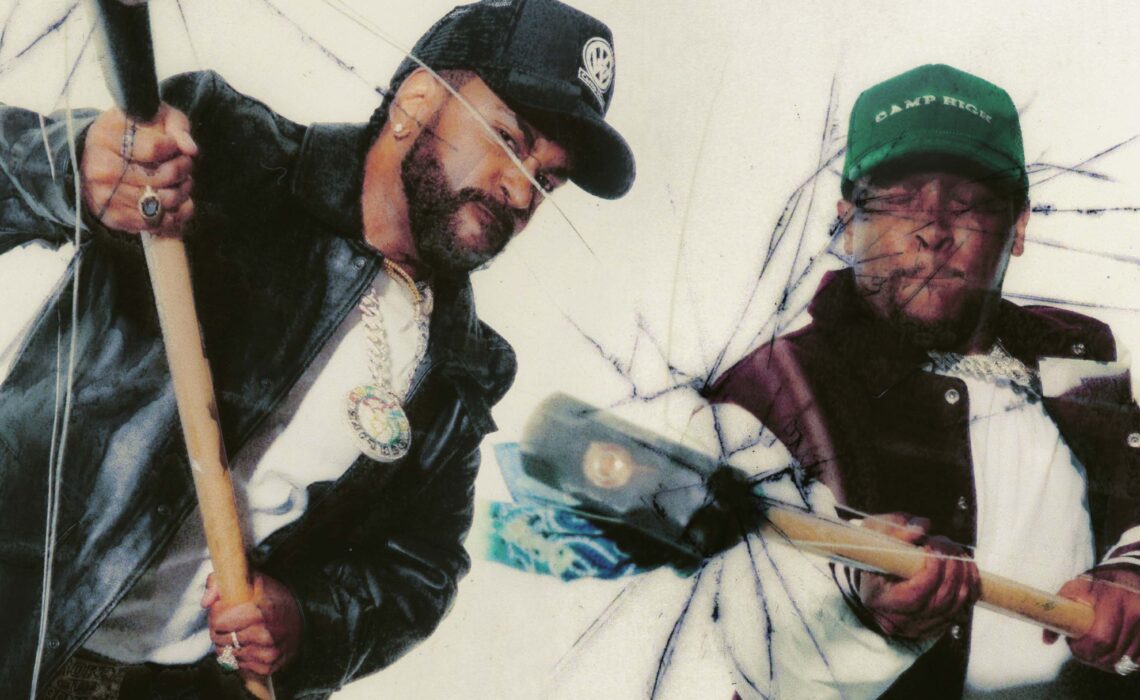 We are going to keep it nice and sweet this Friday. Halloween is this weekend and I’m pretty sure y’all will be in these streets partaking in a few fall festivities. If you are in need of a few Halloween Hip Hop inspired songs I got you covered with my playlist below. Enjoy your weekend, have fun and make sure you keep them mask up.

Just last week Big Sean released a single titled “What A Life” with Grammy award winning producer Hit Boy. Now the two are back again with an EP titled What You Expect that is sure to keep us bobbing are heads.

The EP features six songs and comes in around 20 minutes. You can expect this collaboration between Big Sean and Hit Boy to be one of the most fulfilling EP’s this year. If you a fan of their music you will not go wrong with this today.

Mick Jenkins – Elephant in the Room

Chicago rapper Mick Jenkins has entered back onto the scene with his third solo project Elephant in the Room. For those of you not familiar with Mick Jenkins and his lyrical ability, you have done your self a major disservice. Over the last several years Jenkins has carved out his own lane with his tales of growing up in Chicago fueled with jazz and melodic beats that has made for a wonderful pairing.

The project features a few up and coming artist Ben Hixon on “Things You Could Die For If Doing While Black, poet Ayinde Cartman on Stiff Arm, serpentwithfeet on “Scottie Pippen”, and greenSLLime on one of my favorite tracks “DUI”. Overrall Jenkins puts together a well composed project that welcomes you into his world of healing. My favorite tracks on the album include “Contacts”, “Speed Racer”, and ‘Truffles”.

Curren$y, one of the hardest working rappers in the game is back this time with Harry Fraud. The pair has teamed up in the past and have given us some solid joints. My favorite tracks on the EP include “Super Series” featuring Larry June, “The Venture Cup” featuring Jay Worthy, and “Sellin Cereal” featuring 2 Chainz.

The Harder They Fall

Regina King’s movie The Harder They Fall released a soundtrack for the movie. The soundtrack features Jay-Z on two tracks, along with guest features from Lauryn Hill, Seal, Cee-Lo Green, Barrington Levy and a host of artist. https://open.spotify.com/playlist/37i9dQZF1DX6IgPnyVYfHg?si=0mWWdmVtSrmfMIVhLQDXfA

It feels like TDE is doing more unconventional releases, as rapper Reason has release a mini Ep “No More, No Less: Demo 1. The short EP features Isaiah Rashad, Wale and Benny Butcher.

Compton rapper Jay Worthy has released an EP today as well. Make sure you check this out and bang this loud in your speakers.

Thanks for checking out my picks for this week. Be sure to follow and subscribe to my playlist for a full update of new songs. Again, have a good weekend and be safe.

Latest posts by Elvin Chambers (see all)
Leave a comment
1148