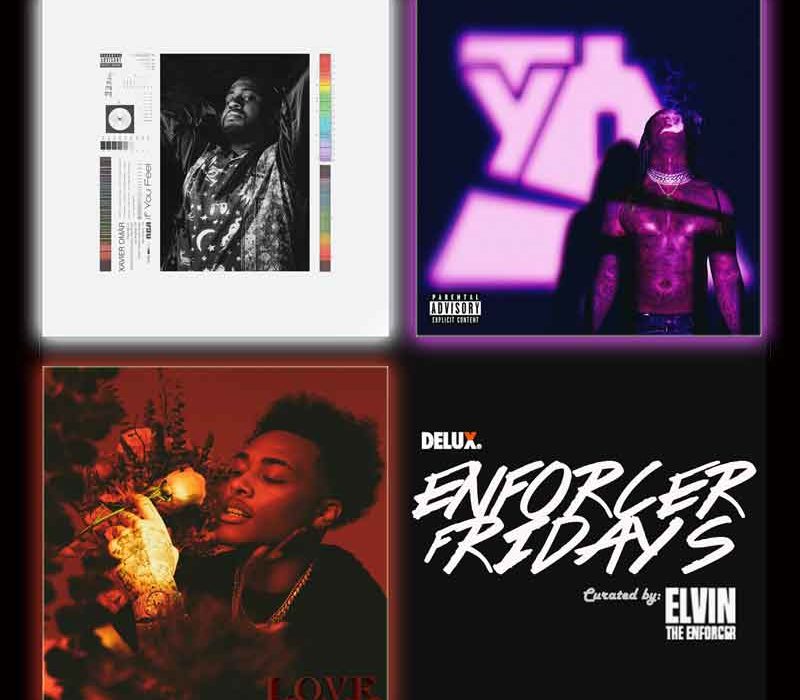 Hope everyone has had a good week, welcome back. This week I want to spotlight a few artist that I am looking forward to hitting those musical high notes. Starting with Xavier Omar as my pick of the week.

Xavier Omar – I Feel You

Xavier Omar has been on the musical scene for the last several years. You may have seen his name featured on several artist projects, in particular Sango’s “In The Comfort Of”, this was the first time I heard the San Antonio crooner. Since then I have been a fan of his melodic and laid back vibes. His lead single “Like I Feel” featuring Mereba is more of the same sultry vibes, can you say cuffing season is here? Omar’s style is a mixture of R&B and Pop that is bound to keep you vibing right into the holiday season.

This next artist has literally been on the hottest tracks for the last several years and fittingly his latest album expresses his success, titled “Featuring Ty Dolla $ign”. What can you expect from this album, well for starters expect banging beats and infectious hooks by Mr. Ty Dolla $ign along with dope collaborations from the hottest artist in the industry (Jhene Aiko, Post Malone, Roddy Rich, and many more).

This next artist is a rising star, St. Louis native Luh Kel is back with his sophmore release “L.O.V.E”. It was a few years ago when Kel was a social media sensation dropping his Tik Tok challenge for his song “Wrong” which lead him to the big lights of New York and signing with Cinematic Music Group. Kel has been able to sustain his buzz and hopefully this album will push his star power to new heights. You can watch his latest visuals for “Real” below.

Make sure you check out my playlist featuring all these artist on Spotify. Hit the heart button in my playlist to get notifications of the latest music on #EnforcerFridays (Delux Edition)