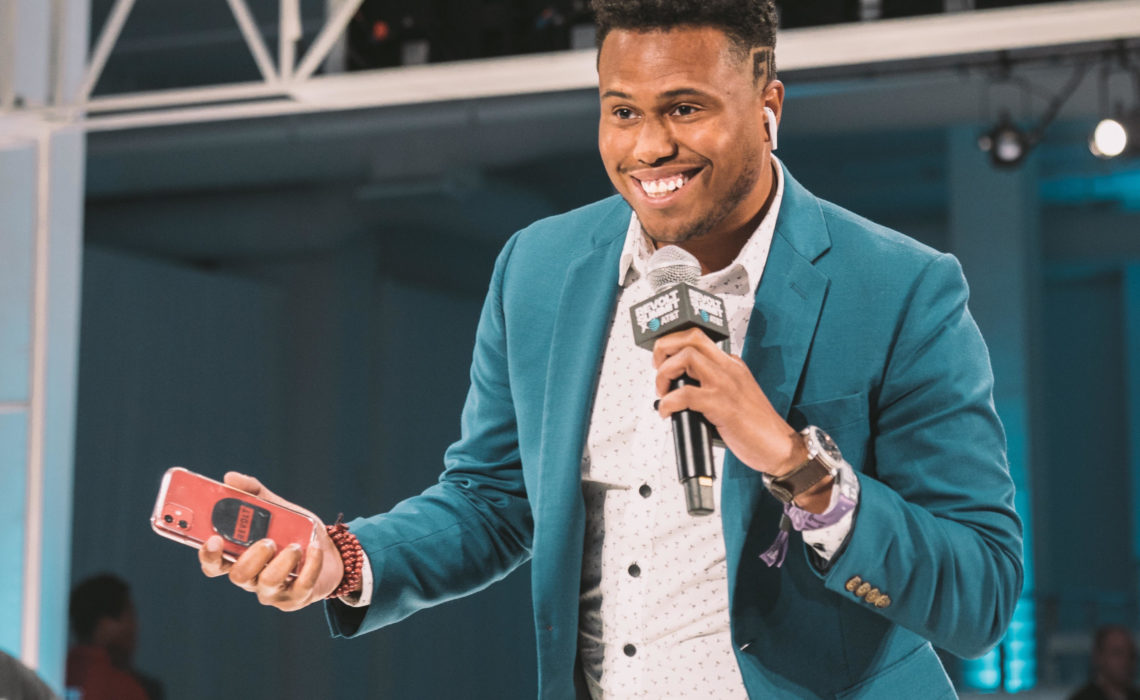 On the upcoming November 6th Episode of the popular ABC show, Shark Tank, Inventor Akeem Shannon will introduce his invention, the FlipStik to millions of homes across the country. Having achieved recognition from the likes of Sean Combs’ REVOLT and  AT&T’s SVP Thomas Hardy, Akeem has put in the work for his mobile accessory invention.  With the technology to stick to ANY flat  surface, the Flipstik has endless hands-free possibilities.

What makes the Flipstik stick? Shannon has engineered his own reusable Synthetic Seta adhesive with the help of NASA research. Based off the feet of geckos, who are able to stick to walls, Flipstik can do the same. It holds up to 2lbs per SQ/in and can easily be cleaned with soap and water or alcohol pads. While travelling by plane I attached my phone to the back of the seat in front of me and a young man was amazed. It sticks to nearly any flat surface.

Flipstik’s cover not only sticks to nearly any surface it also functions as a kickstand for your device. It can be customized to include company logos or any picture. My own Flipstik bears my company logo. This thin and unique mobile phone accessory is just the product consumers are looking for and will help increase their productivity and enjoyment of their smartphones or tablets.

Besides bringing his invention to market, Akeem has another goal. He is focused on inspiring children and young adults towards entrepreneurship. He believes that if the children and youth start early enough they will develop the drive it takes to succeed.

Mr. Shannon is so St. Louis DELUX readers! He has been all over the country from Los Angeles, Atlanta, and the East Coast with his product and still has a love for home. I asked once, since the product is doing so well, if he would leave St. Louis?  He answered, “I grew up in St. Louis and have lived here all my life (minus 2 years at University in D.C.). I have visited many cities but no city is as well positioned and as deserving of growth as St. Louis”.

The road to Akeem’s appearance to Shark Tank was not an easy one. Hoping to seize on opportunity he wanted to pitch his invention at REVOLT Atlanta last August. However, the competition was closed so he instead wrote a rap to compete in the REVOLT Be Heard Competition. The judges loved what Akeem wrote and gave him high scores to get him on the stage. This was a big one for him. Later, DC Young Fly pulled him on stage during the comedy show to pitch the Flipstik. And as a result, Akeem was introduced to REVOLT’s COO. Combs Enterprises made orders in the thousands for Flipstiks and invited Akeem to pitch his business at Revolt Summit LA. On the scene this night, would be Snoop Dogg who goes crazy when he sees a Flipstik with his face. Also in the crowd would be ATT’s SVP Thomas Harvey, who would become a mentor to Akeem and his company.

There would be one more amazing opportunity earned from Akeem’s visit to the Revolt Summit LA. A connection made that evening would invite Akeem to audition for an appearance on Shark Tank in Kansas City and he scored another big win sharing his invention and hard work on the path to success.

Tune in to ABC at 8/7pm Central to catch Akeem & Flipstik! Get yours now at https://www.getflipstik.com/ericabee808 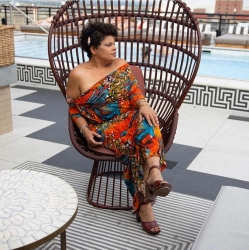 Latest posts by Ericabee (see all)
Leave a comment
3091