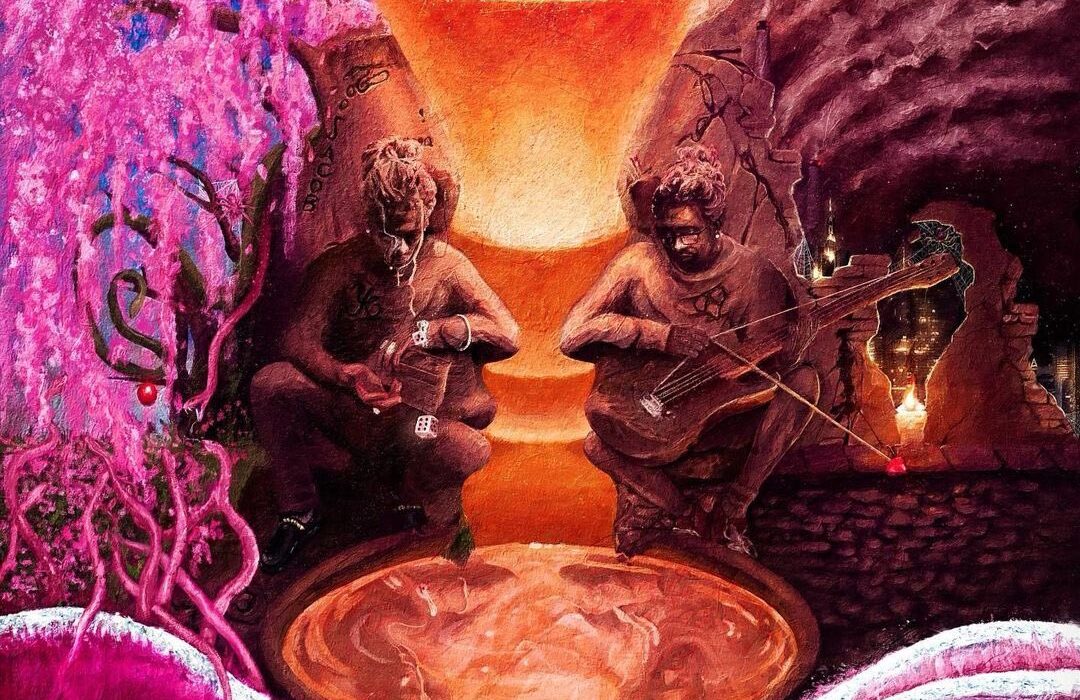 I hope everyone is having a good week? Personally, it has been good week for me but there have been a few things on my mind, one Dave Chappell, and Kyrie Irving. Rather than choosing a stance on those subjects, I would like to pose a question. How can we come together if we don’t take the time to listen?

Having heard arguments over race, the LGBTQ community and vaccination status, it feels like our society is not listening. People are shutting off the idea of finding solutions by trying to talk the loudest. Simply put, it’s time to tune out the noise (not the music), and focus on the solutions.

How about we take into consideration our fellow man and learn to listen. Let us attempt to say, we do not have all the answers and deal with our fears and insecurities. Be cool you all, and have a good week.

When Young Thug dropped almost a decade ago many wrote him off. In 2021, Young Thug latest project Punk has been anticipated as one of the albums of the year. Punk is a blend of Hip hop and Punk or what some may describe as Emo Rap/Trap.

Punk features production from Wheezy, T-Minus, Pierre Bourne and Charlie Handsome. The album guest features is crazy from Drake and Travis Scott on the banging track “Bubbly,” to the Future featured on “Peepin Out The Window”. The album is a 20 songs deep and comes in just over an hour.

One of my favorite tracks has to be “Stupid/Asking that catches Young Thug in his bag. This may be one of Young Thug’s best albums to date. This project is loaded with guest and solid production along side Young Thug ability to create his signature sound. Only his ever growing fanbase will determine where we place this album.

Dom Kennedy – From the Westside With Love Three

From The Westside with Love Three is the newest offering from the Leimert Park veteran. Production on the album includes Grammy Award winning producer Hit Boy. Songs worth checking out include “Rolling Papers”, “Dont Walk Away” featuring Quentin Miller, and “Good Lookin”

Earlier this year Ms. Kriss indicated by way of her single “Honeydeux” (Honey Do) that she would be dropping a new project. Blacbuttafly is the name of Ms. Kriss new ep who now resides in Atlanta. For those of you not familiar with Ms. Kriss, she is a member of the collective group BlacLuve who has been dropping 90’s inspired music for the last few years.

Detroit rapper Payroll Giovanni has become one of my favorite rappers over the last few years. Blending the sounds from the bay with that Detroit lingo makes for a great pairing. Check out Giovanni’s Way, tracks you should check out are “Tell Em Pay”, “Hustlas Soul”, and “Turn Into 20”.

Woptober is here, every October Gucci Manes seems to drop something and this month is no different. So Icy Boyz is a compilation of Gucci Manes artist signed to his 1017 record label.

Houston rapper Maxo Kream released another single “Greener Knots” ahead of his new album Weight of the World scheduled to drop next week.

I want to thank you all once again for checking out my column in Deluxe. Be sure to subscribe to my playlist featuring my favorite songs of the week. Thanks once again, and have a wonderful weekend.

Latest posts by Elvin Chambers (see all)
Leave a comment
393