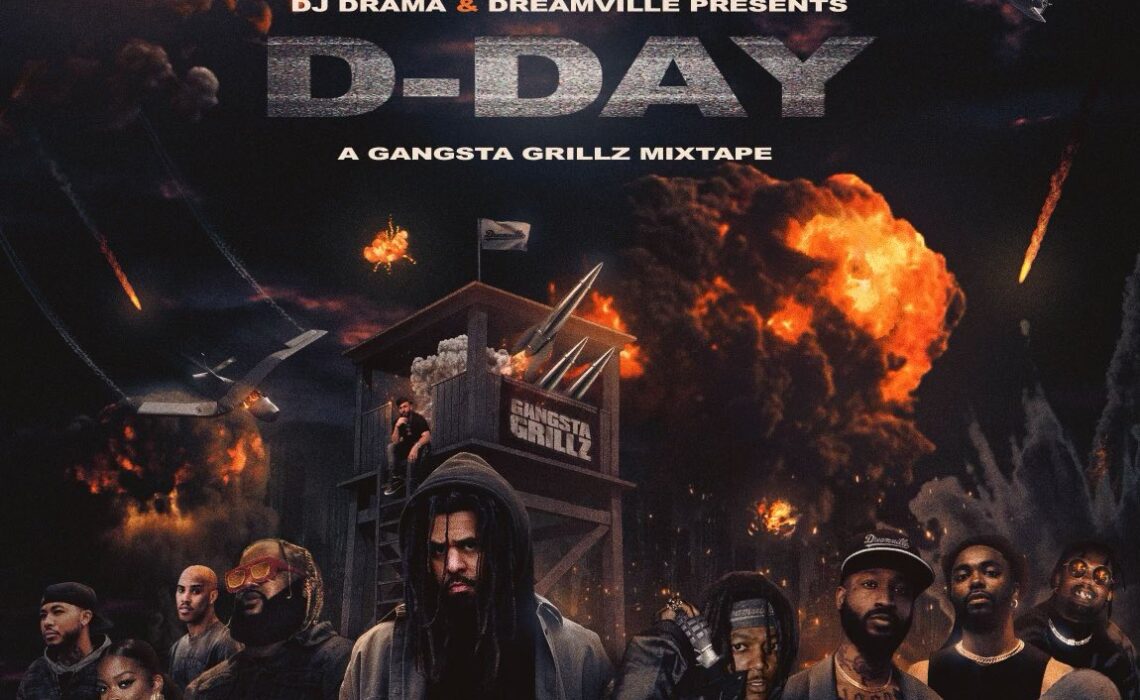 When people heard the news of Will Smith slapping Chris Rock at the Oscars we all thought it was a joke. As it turned out Will did slap Chris and the debate has been ongoing on whether Will was right or if Chris overstepped his comedic boundaries. Personally, I think it is none of our business, and hopefully Will and Chris can work through whatever took place at the awards show.

Maybe it is time for all of us to take a social media break. Let us put the cellphones down and turn off the televisions for a moment, then enjoy life. Could you tune out the noise of the day and enjoy some alone time? I know for me I’m going to stay in my lane and put my noise cancelling headphones on and listen to some Miles Davis.

D-Day will feed the streets with hard hitting beats and lyrics on this star-studded project. The project feels like a warm up or as a reminder that Dreamville has become a reckoning force in the music world. I found my self head bobbing to this enjoying artist who seem not to care about trends rather focusing on quality. My favorite songs on the project include “Starting 5,” “Stick,” “Hair Salon,” and “Freedom of Speech”.

Alex Isley and Grammy award winning producer Jack Dine have collaborated on a new project called Marigold. Alex Isley is a second generational musical artist who family consist of the Isley Brothers. A part from that Isley has been on the music scene for the last several years working with the like of Terrace Martin, Lucky Daye, and Moonchild.

This is Isley’s fourth project to date since her debut project Love/Art Memoirs was released in 2012. Marigold is a solid R&B album that shows off the sultry sounding voice of Isley. The project guest features include Bas on “On & On,” and Robert Glasper on “Still Wonder”. You want regret putting this album on for those special moments, or for a relaxing evening. Other notable tracks to check out include “Love Again,” “Such A Thing,’ and “Under The Moon”.

Freddie Gibbs who recently was featured on Power: Force episode 8 this week has dropped a new single with Rick Ross titled “Ice Cream”. There is no details on when Gibbs new project will drop, so in the meantime let us enjoy.

Be sure to listen to my playlist for a list of all the songs added this week. Don’t forget to hit the like button and see you all next week.

Latest posts by Elvin Chambers (see all)
Leave a comment
441