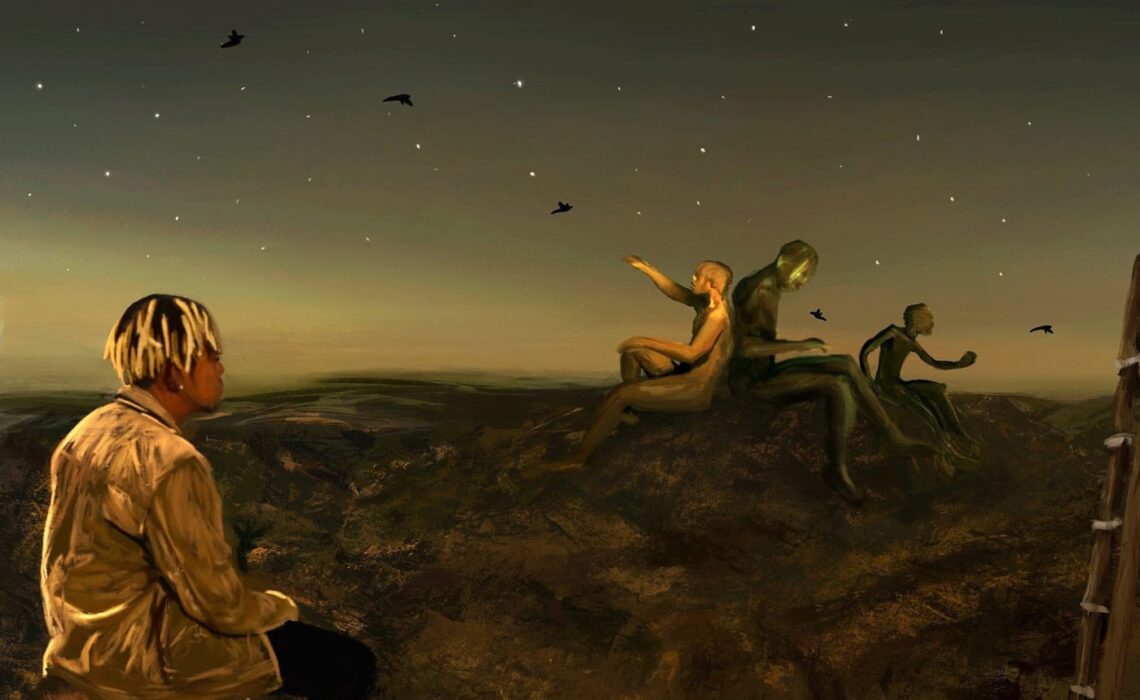 Welcome back, this Friday marks the eve of Martin Luther King Jr’s birthday. I would like for you all to consider the struggle leaders like Martin Luther King Jr, Bayard Rustin, Ida B. Wells, A. Phillip Randolph, Stokely Carmichael, and many others have done to push this country forward. Second, take some time to learn about America civil rights history and become an agent for change in your community.

Though, we have moved past the 1960’s Civil Rights Movement, the fight is not over. Right now, our country is deciding on the Voting Rights Acts that could change the stipulations of voting in state elections. If passed the Voting Rights Act would make gerrymandering difficult, and also declare our national election day a holiday. Let this holiday serve as your commitment to bettering your community and transforming the people who look at you, peace.

Cordae – From A Bird’s Eye View

Cordaes released his sophmore project From A Bird’s Eye View today. The Grammy nominated artist recently sat down with Jimmy Fallon to talk about his album and the meaning behind the album’s title stating, “It means seeing things from a zoomed out lens, to see things from a broader perspective”. The project features H.E.R, Lil Wayne, Eminem, Freddie Gibbs, Stevie Wonder, Lil Durk and Gunna.

For those not familiar with Cordae, his style is similar to that of the artist he grew up loving such as Nas, Jay-Z, Kendrick Lamar, and Kanye West. You can expect this to be a high quality album for those of us who love head nodding beats and wordplay. Tracks worth checking out is “Sinister” featuring Lil Wayne, “Champaygne Glasse” featuring Freddie Gibbs, and my personal favorite “Momma’s Hood”.

South Carolina emcee Nick Grant has released a new project titled Welcome To Loveland. I became a fan of Nick Grant several years ago when I heard him rapping over Outkast’s “2 Dope Boyz (In a Cadillac)” from his “88 Mixtape“. Grant recently joined Punch of TDE rap collective A Room Full of Mirrors collective that includes Daylyt, Lyric Michelle, Ichiban Don, Billymaree, and Jrias Law.

Though I dislike drawing comparisons but to give you an ideal of Welcome To Loveland, it reminds me of the Andre 3000 album we never got during the height of Outkast career. The production on the album is funk fueled and it will have you playing this on your next road trip. My favorite tracks include “Spellcheck”, “The Simulation” featuring Malaya, and “Gangsta Lean” featuring St. Louis own Keyon Harrold.

Jim Jones has released a new mixtape with DJ Drama Gangsta Grillz: We Set the Trends. The project features 25 tracks including his hit song “We Set the Trends”featuring Migos. The mixtape also features Fabulous, Dave East, Fivio Foreign, Maine, and a host of others. Notable tracks worth listening to include “Fit Lit”,

Earl Sweatshirt is consistently providing our musical palettes with bars and his latest album Sick! does not disappoint. Earl blends abstract lo-fi production with lyrics that will keep you listening. One of my favorite tracks has to be the Alchemist produced “Lye”, beside this track you listen to “Tabula Rasa”, and “2010”.

Cootie – Welcome To The Trap

Blytheville, Arkansas rapper Cootie dropped his new album “Welcome To The Trap”. Cootie who is closely associated with Gucci Mane 1017 label has several features that include Big 30, Big Scarr, and BiC Fizzle.

Thanks for checking out New Music Friday, don’t forget to subscribe to hear all the latest additions.

Latest posts by Elvin Chambers (see all)
Leave a comment
676