A Hip Hop Historian’s Perspective of A Written Testimony 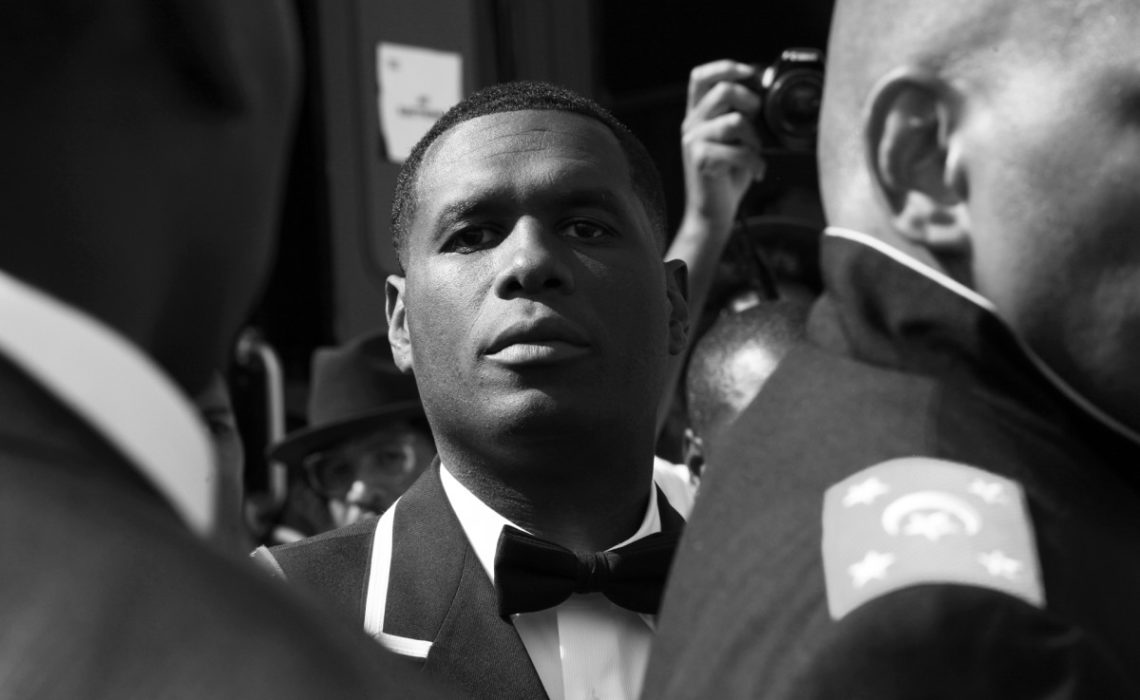 Back in 2009 Jay Electronica, a mysterious, very lyrical, rapper from New Orleans, captivated the collective Hip Hop Community with the Just Blaze produced song – “Exhibit C.” A haunting Billy Stewart sample supported Jay as he told the tale of a homeless Southern emcee making his way on the streets of New York. It was hard not to root for the protagonist, this vagabond with knowledge of self and a knack for wordplay. The soulful track quickly infiltrated millions of playlists and got spins on some commercial radio stations despite having no major label backing. This pivotal song, was a classic on it’s own and it (along with the buzz from his mixtape -Act I: Eternal Sunshine (The Pledge)) positioned Electronica as the most interesting man in Hip Hop. A bidding war ensued and Jay signed with Jay Z’s Roc Nation in 2010.  I definitely found myself anticipating an album, but I along with many others would have to wait. Sure, he threw some great songs out and showed up on other people’s records over the next few years…but no full length album. It’s safe to say that until recently many of us had given up on the idea of a full length project.

Fortunately the nonbelievers were wrong and after more than a a decade, Jay Electronica’s debut album – A Written Testimony has finally arrived. I like it. In truth, it’s definitely more of a collaborative effort than a solo album, as the unmistakable Jay-Z appears on almost every song. For those of us that lived through the “conscious” or “pro-black” Hip Hop of the golden age (88- thru mid 90s) there are aspects of the record that we can easily relate to. The vocal samples, some of the references, the lack of overt materialism and cheap thrills…. it takes us back to a time when we had a plethora of styles to choose from. For the people that were born after the golden age it’s still a breath of fresh air…because both “Jays” deliver strong rhymes that are confident and extremely entertaining. I like the production even though I was shocked to discover Just Blaze did not produce anything on the project. Most of the music is a departure from the hard hitting soul of “Exhibit C” but there is no shortage of provocative samples sometimes enhanced by live instrumentation. There are some joints with no drums (like the Alchemist produced “The Neverending Story”) but the rhymes keep the beat. The music is interesting and ultimately, complimentary…but nothing that takes the focus off the words. When I heard that Jay-Z was gonna be all over it, I was a little disappointed but the project came together well. Shawn Carter is definitely versatile and he manages to get out of his usual bags to drop a little consciousness without it sounding forced. Dude is witty as ever and he it definitely seems like he could approach a variety of subjects without missing a beat. Hopefully he’ll keep expanding on the topics he covers, cuz he has the ears of the masses and I think he has some more tricks up his sleeve.

Jay Electronica has always stood out lyrically and it all seems so damn effortless. He’s an emcee’s emcee and there is no shortage of quotables on this short album. This streetwise lyricist is also a Black Muslim that draws upon the teachings of the Honorable Elijah Muhammad the the rhetoric of Minister Louis Farrakhan. He has all the boldness of your favorite battle rapper combined with the knowledge that the black man is the divine father of civilization destined to oppose the bloodsuckers of the poor. The N.O.I. (or Nation Of Islam) references take me back to a time when that kind of flavor was more commonplace. We hear Min. Farrakhan speaking on the intro…but the album doesn’t feel heavy handed or preachy at all. The science of Islam is balanced by our hero’s penchant for braggadocio and moments of vulnerability.  For his part, Jay Electricity is letting you into his world and it’s an interesting one at that. It’s a place inhabited by Rothchilds and the Fruit of Islam, rap moguls and street soldiers. In the middle of it all is an imperfect brother that “signed every contract and missed the deadlines.” He’s unafraid to reveal his struggles and flaws as he keeps us interested for the whole ride. He’s a traveler, no stranger to intoxicants, the wilder aspects of the entertainment world or the Supreme Wisdom *(The Supreme Wisdom refers to a collection of lessons written by the founder of the Nation of Islam -Fard Muhammad.).  Death, loss, devotion, philosophy and straight up and down emceeing are all ingredients in his formula. Electronica is self-aware,intelligent, introspective and clever and the rhymes are so compelling that I wanna hear him on his own next time…lol. Jay Electronica has seen a lot and he gives us bits and pieces of his personal experiences while still showing and proving that he’s no slouch on the mic. He’s conscious but he’s no saint. He’s got a unique story to tell and I hope we get to hear more.