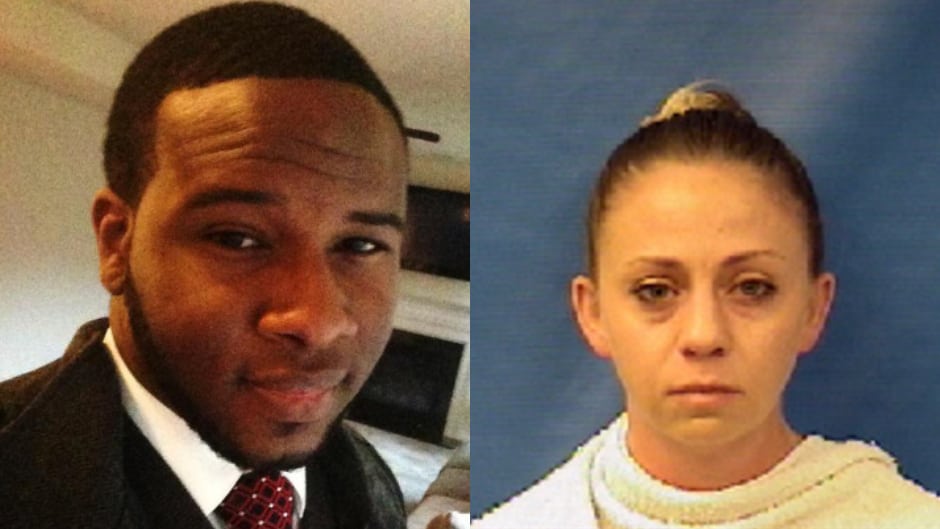 There are two things America will go out of its way to protect: its right to bear arms and white people. Oh, we can probably throw the National Anthem in there too, but if we’re being honest, America doesn’t really care about that song. The only reason it’s an issue is because a black man took a stand against it. Had it been a white person who decided to kneel against one of the many foul things this country turns a blind eye to—it would’ve been they are exercising their right to free speech—and my least favorite white person go to word—patriotism.

Anything white people stand against in America is labeled patriotism, while when other races do it, they’re labeled as radicals, extremists, or unpatriotic as if we could give a fuck about displaying an ounce of patriotism to a country that has walked all over us since we’ve arrived here.

Still and all, no matter how much of an upstanding citizen you are in this country, you will never stand a chance against a white person—dead or alive. You can be well educated like Sandra Bland, follow the rules like Philando Castile, be a typical teenager and leave a party like Jordan Edwards, or playing with a toy like Tamir Rice and you will still lose to a white person. At this point, you can’t even be inside your own home without being the victim of America’s white wrath. For black people, there is no instance to which you will not be painted as the villain in a white person’s cover your ass story.

Why do you ask?

Well it’s simple. America has always and will always protect white people. In this country, anyone can be deemed a casualty to protect the rights and freedom of a white person. This country, though it screams it is the land of the free—is only referring to white people’s freedom. White lives are all that matter regardless to how heinous the crime they may have committed is. White lives are the mecca of this country. White blood is the only blood this country cares about being spilled. Everyone else is simply a fatality that is classified as whatever America needs to label them to protect what’s white.

And that’s exactly what has been happening to Amber Guyer and the suspicious facts surrounding her murdering Botham Jean.

Since Guyer killed Jean inside his home, the stories and accounts of what happened that day have been misconstrued more times than any of us can keep up with. Initially, Guyer stated she had just finished working a 15-hour shift and she mistakenly walked into the wrong apartment on the wrong floor. At first, the story was she kept trying to get her key to turn and it wouldn’t. At that time, Jean opened the door and she then fired her weapon. Then it changed to she found the door ajar and claimed the lights in the apartment were off—she gave verbal commands to whom she considered the burglar—and then she fired her weapon.

Let’s keep in mind during all of this, Guyer who is supposed to be a trained officer never once took the time to see that she was first on the wrong floor, and in the wrong apartment. We also can’t forget that this obviously poorly trained officer never took into account that when she did finally open the door completely, it never dawned on her that the furniture inside of the apartment was not hers.

Jean’s attorney, S Lee Merritt stated, “Much of the affidavit just simply doesn’t comport with common sense. What happened is still a big mystery but what’s stated in this affidavit is simply untrue.”

Nothing about this is a mystery. But the reason it is being presented as one is because Dallas Police need time to come up with a cover story. They need time to make sure Guyer is prepped and ready to stand before a jury (if they actually convict her) and give the story they have prepared for her.

Instead of really doing their job and investigating what happened, it’s obvious Dallas PD are making sure they cover one of their own. It happened in Ferguson, Ohio, Minnesota, Baltimore, Chicago, New Jersey, San Francisco, Texas, New York and everywhere else a police officer has gunned down an unarmed black person.

They spend more time trying to find ways to paint the victim as a criminal, thug, miscreant, or whatever else they come up with—they let a murderer go free. Even with this man being in his own home, they are trying to figure out a way to say she was in the right.

Though off duty and already admitting she was in the wrong home, Dallas PD have now served a search warrant to which they have discovered less than half an ounce of marijuana inside his home.

My responses to this:

So the fuck what!

What does that have to do with her breaking into his home?

This is what I mean by protecting what’s white. The unmitigated gall that is displayed by white people when they are in the wrong is flabbergasting. This is typical of the police and it’s nothing new. Police departments around the country have been implicated in planting evidence to cover their asses. In the case surrounding the mysterious death of Sandra Bland while in Texas PD custody, they claimed she ingested a large quantity of marijuana while in jail. How a prisoner gets a blunt and can smoke it in jail is beyond me—yet it only proves the lengths they will go to ensure white comes out on top.

Still this is no different than what Ferguson Police did to protect Darren Wilson. In an effort to make Wilson look like the Great White Hero, Ferguson PD combed through everything they could possibly find to incriminate Brown. Even though the Chief of Police stated himself Wilson had no knowledge of what occurred at the market—it didn’t matter. Ferguson PD along with McCulloch had their smoking gun. They had just what they needed to paint Brown as the stereotype they needed him to be:

And this is the same narrative they are creating for Botham. Even though Guyer was off duty and was in no way working an undercover case (even though weed is legal), they are tirelessly working to ensure her Cover Your Ass story is top notch.

In a statement to USA Today, Jean’s attorney stated, “They went in with the intent to look for some sort of criminal justification for the victim,” Merritt said. “It’s a pattern that we’ve seen before … we have a cop who clearly did something wrong. And instead of investigating the homicide — instead of going into her apartment and seeing what they can find, instead of collecting evidence relevant for the homicide investigation — they went out specifically looking for ways to tarnish the image of this young man.”

And this right here folks is how you shift the blame from the assailant to the victim. This prejudicial act right here is how white America has perpetuated the “Black People are criminals, super predators, and thugs” storyline since Nixon took office that feeds the fake ass white fear Caucasians swear they live with every day.

This blatant disrespect for a young man who was doing absolutely nothing wrong is somehow now the blame for his own death. Just like Alton Sterling, Eric Garner, Michael Brown, Rakeya Boyd, Terrence Crutcher, Sean Bell, Freddie Gray, Jordan Edwards, Philando Castile, Tamir Rice, Sandra Bland, Stephon Clark, Korryn Gaines, Oscar Grant, Walter Scott, and every other black person who didn’t make it to the courtroom like Dylan Roof, James Holmes, or Nikolas Cruz—Botham Jean is now being painted as a criminal.

And in America, marijuana is only a crime when it’s found on black people.

A drug though used by white people just as much is a bad thing when it’s discovered on black people. For black people, when they are arrested and over-sentenced for having marijuana on their person or in their home— they are drug dealers.

Marijuana though legal in 20 states (with 12 more following suit) is only a motive to be killed by the police and is it a reckless drug when you are black. Along with running from them, marijuana is now another thing they can add to their long list of reasons as to why they shoot unarmed black people.

Like sudden movements, blurry vision mistaking cell phones for imaginary guns—marijuana is the police’s go-to story when they need to pivot their asses out of the hot seat.

Rule #1 in the aftermath of any unjustified killing of a Black person by law enforcement in this country is:

They must be “dirtied up immediately.” There can be no “innocent and law-abiding” Black victims regardless of the circumstance. The officer is automatically the hero and the media is in bed with the police department and is as complicit with the making sure this the narrative that is drilled into the public minds.

It’s their racist contribution to the “black people are thugs” narrative they need to keep spoon feeding the public. This way, this country they love so much remains their country. It’s the only way to ensure their supremacy continues for decades on end.

Because in America white lives are all that matters. White freedom is the only freedom that is placed on a pedestal. In this America, white America—is it okay for a white person to kill a slew of people in a public setting and be extended the courtesy of a reason why. White officers are the only people who can break into someone’s home, kill them and people will still rally around them to make sure they are treated “fairly” by this unjust system.

As if the system has ever been unfair to white people.

Politics
America’s Face-Off With Bigotry on the Ballots
White People White Peopling
Officer Who Killed Tamir Rice Gets ANOTHER Job in Ohio
Opinion
Bob McCulloch is a Bum and Here’s Why….