America’s Face-Off With Bigotry on the Ballots 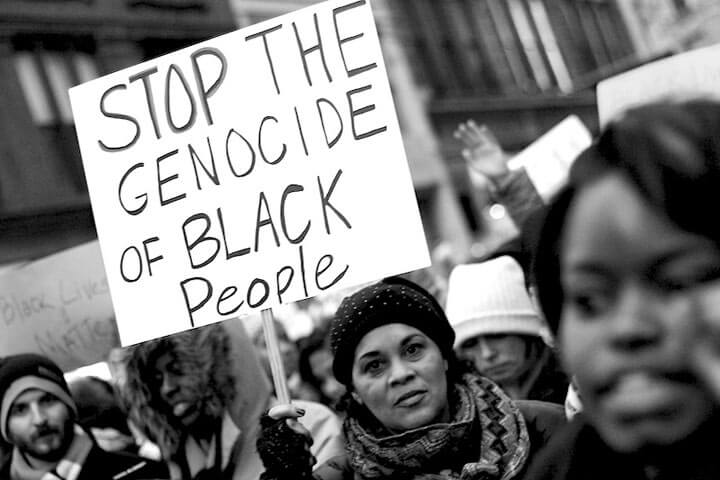 As we prepare for tomorrow’s midterms—it seems like America is torn between going full-blown Hunger Games or finding our way back to the 1950’s Civil Rights movement. Either way, tomorrow is desperately important for the progression of this country, and those who reside within its borders and are not white. Bigotry has become the new tagline for the U.S., and unless minorities, and people of the LGTBQ community want to be in line for who’s going to represent their district—voting is imperative.

This November, there are many important issues and people on ballots across the country. For many states, residents will be electing the first ever black candidates to fill Governor, Attorney General, Congress and State Representative positions. With County Prosecutor-elect, Wesley Bell sweeping the polls in August against known racist, Bob McCullough, he is on the ballot for his official vote to assume the position that has costed so many African Americans unfair prison sentences. For many, it is a relief to see St. Louis finally making some steps in a progressive direction.

Other states like Mississippi, New York, Wisconsin, Florida, Iowa, Michigan, and Georgia are also shaking things up with new and veteran faces like Letitia James, Mandela Barnes, Stacy Abrams, Garlin Gilchrist, Deidre Dejear, Andrew Gillum, and Lucy McBath—mother of Jordan Davis, who was slain six years ago for loud music at the hands of a racist.

Though Donald Trump and his evil band of Republicans will have voters believing the races are close, sudden acts of hate crimes and violence used as scare tactics from his base would lead you to believe otherwise.

But like my grandmother used to tell me all the time, “There’s nothing new under the sun,” and these fear tactics that are being carried out are no different than the misleading tactics used on black people back in the fifties and sixties when they were fighting for the right to vote.

If the black residents of Alabama didn’t show us anything, they showed us how people in this country are sick and tired of being mistreated and that black people, young and old are taking voting more seriously than ever. This election needs to be about people who see the importance of obliterating bigotry and defeating racism—whether they are black or not.

Although I cannot say I am in full support of Democrats right now for a variety of reasons, including their constant mishandling of the black vote they pander hard for to get that win—I will say I am completely against placing a blatant racist in office. That will not solve our problems any faster and will only make life that much harder for minorities. Donald Trump’s base has made one thing clear—and that is bigotry and racism should be normalized again.

Voting for people who happily parade and celebrate him is nothing more than rewarding his constant embarrassment and public bullying of minorities and women. That’s what happened in November 2016—and we honestly cannot afford for it to continue another two years. Most of us were so turned off by Hillary’s support of the crime bills her husband passed in the nineties, we sat out of the election. Though I will never fully agree with voting for someone you are unsure of, I must point out the obvious…

Look at what happens when you don’t vote.

And to be honest, we can’t say we were blindsided by any of it. Trump’s entire campaign was built on Making America White Again. Nothing he is doing is surprising because he told us straight up what he was about. Now is the time to shut it down. Now is the time to take this country back before we are staring in the face of a civil race war and fighting for our lives and rights once again.

Yes, voting tomorrow will not magically undo what the Grand Leader of Racism has done within these two years overnight—but it is a start. If we haven’t seen anything, we’ve seen what not voting can do. We have seen how fast the virus of systemic racism can spread. Nothing happens overnight. Our ancestors did not win their freedom overnight. They did not win the rights we have today with the snap of their fingers. It took generations, and yes, it can seem unbearable to wait that long.

But Trump has showed us how fast generations of progress can be undone by not voting. The truth is, it’s probably going to be a rough couple of years even if Democrats manage to win the House and Senate back, but just think how much harder it’s going to be to move the racial clock forward if people don’t vote.

Bob McCulloch is a Bum and Here’s Why….