“New Jazmine!” on Enforcer Fridays along with Griselda Records ‘Conflicted’ is Now Available 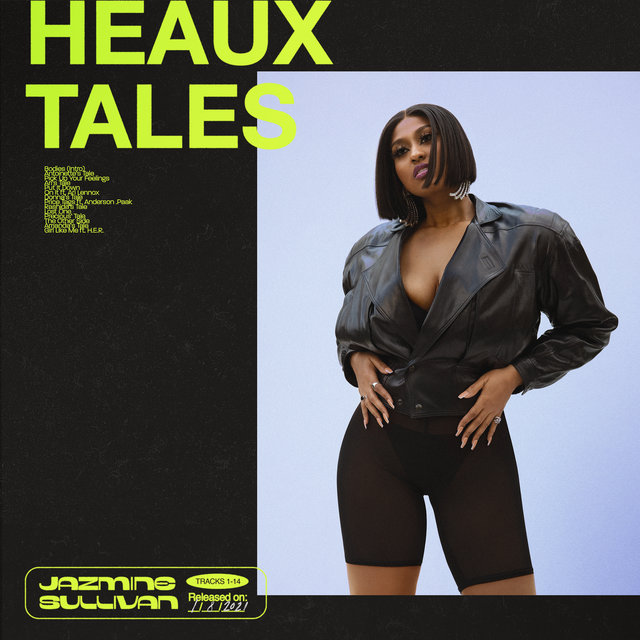 It’s been an interesting and tumultuous week to say the least. From Stacey Abrams helping turn the tide in Georgia’s elections to Trump supporters demanding a recount and climbing walls to enter Capitol Hill, our country is at the crossroads. Hopefully this period we are in is a turning point for correcting our country’s past transgressions against Blacks, Indigenous, and persons of color. Music has always been a healing force for change and a way for me to tune out the hate, and turn up the work, that of which we all have to do.

The last time we heard from Jazmine Sullivan, President Obama was in office. It has been over 5 years since Sullivan’s last album “Reality Show” dropped when we heard her sultry voice. Her latest release “ Heaux Tales” is a return for the singer, as many people who have heard the advance of the album have been giving it high praise.

This new album features a handful of A-list R&B artist, from Ari Lennox, Anderson .Paak, and H.E.R. to name a few. Sullivan’s lead track “Pick Up Your Feelings” deals with her kicking her cheating boo to the curb.

“You say that I’ve been actin’ different, yeah
Funny how I finally flipped the script on you
When you the one who’s double-dippin’, yeah
You so sloppy, how I caught you slippin’ up
You’re off the lease, run me my keys
No more poppin’ up to hit it, yeah
I ain’t even got the miles to trip on you”

Jazmine Sullivan – Pick Up Yo Feelings

“Heaux Tales” is one project you should listen to from start to finish as it looks at the perspective of the side piece, the woman who can’t be controlled by man or woman. Heaux Tales is good project worth checking out and I suggest you check “On It” featuring Ari Lennox, “Pricetags” featuring Anderson .Paak, “Girl Like Me” featuring H.E.R., and “Lost Ones”.

After coming off a big year, Griselda Records starts the year off with a soundtrack from their debut movie “Conflicted”. “Conflicted” is a gangster flick about Hunter (played by Benny the Butcher) who was locked up and ready for redemption until his past comes to finds him leaving him conflicted. The movie co-stars Westside Gunn, Michael Rapport, and J Holiday. The soundtrack is sure to be filled with street tales, and that mafiaso swagger we love from the Griselda records collective. Guest on the album include Dave East, Lloyd Banks, Armani Ceasar, Boldy James, Smoke Dza and many more.

A few weeks ago St. Louis native Thi’sl dropped an ep “Summer Was Canceled”. The ep is four songs of bangers that is worth checking out. Hopefully we will get a full length project from Thi’sl in the upcoming months.

Other notable songs to check out on Enforcer Fridays is “Curious” from VanJess who keep releasing single after single hopefully we get an album from them in 2021.

Dreamville artist Bas released a single “Smoke From Fire” featuring the Hics, from Bas’s podcast “The Messenger” about his homeland of Uganda and the conflicts arising there. You can listen to Bas’s podcast here. https://youtu.be/WfiFdXfXxYM

Latest posts by Elvin Chambers (see all)
Leave a comment
582