My Thoughts On Sending Cosby To Jail 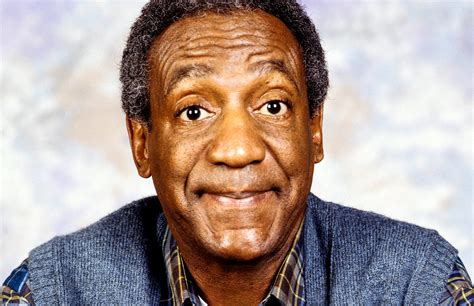 According to stoptheaca.org, prisons have the above stated purposes. This week, “America’s Dad”, Bill Cosby, was found guilty of three counts of sexual assault against Andrea Constand – ONLY. The world can debate all day about whether he truly did it or not. But, that’s not the reason for this write-up. The concern is: how this 80-year-old man will be sentenced, as it relates to his already-deteriorating quality of life.

During the next three months, Mr. Cosby will remain on house arrest, monitored through electronic monitoring by an ankle bracelet, until sentencing. Seriously? Where is he going? He hasn’t been a flight risk all this time, but I digress.

So, let’s look at the purpose it will serve to incarcerate Bill Cosby after sentencing, as it pertains to the relation of either retribution, incapacitation, deterrence and rehabilitation. Immediately, looking at the explanations above, the purposes of deterrence, incapacitation and rehabilitation can be removed. Due to his present medical issues, it’s unlikely that Mr. Cosby would ever be able to harm anyone ever again, thus incapacitation and deterrence aren’t viable. Likewise, due to his age, there’s no reason for him to be rehabilitated. What will he learn that he can then offer back to society? If we’re honest, he will most likely die in jail, in the near future.

With that said, Bill Cosby would solely be incarcerated for the purpose of retribution. It’s public knowledge that Mr. Cosby paid Andrea Constand a settlement years before he was ever tried or convicted of these crimes. Is that not retribution? Due to them settling out of court, but now being convicted of the crimes he settled for, it seems that their agreement was broken. Generally, civil settlements are used when you can’t get a legal conviction. Should Ms. Constand be required to give back the money she was paid, since he has to go to jail for the reasons they SETTLED OUT OF COURT? That, to me, would be the only way he could be incarcerated for the purpose of retribution, since he “already paid the cost.” And I know that you can’t, or shouldn’t, put a cost on things like human life and being sexually victimized, but didn’t she?

If the money is not going to be returned, why should this man have to sit in jail, with an already poor quality of life for the rest of his life? So, what would be a better solution? Is it just to keep him on EM/house arrest for the rest of his life? If not, why? His incarceration will not fit any of the purposes that jails were created for. If he is, in fact, guilty, his crimes don’t deserve a slap on the wrist, but what purpose will it serve NOW?

celebrity news
Jamie Foxx Is the Ike Turner of Penis Slapping…..Allegedly
Opinion
The Myth, The Man, and the Art Caught in the Middle
Hot Topics
Is The #MuteRKelly A Public Lynching or Nah?