[Movie Review] Black and Blue: Picking A Side 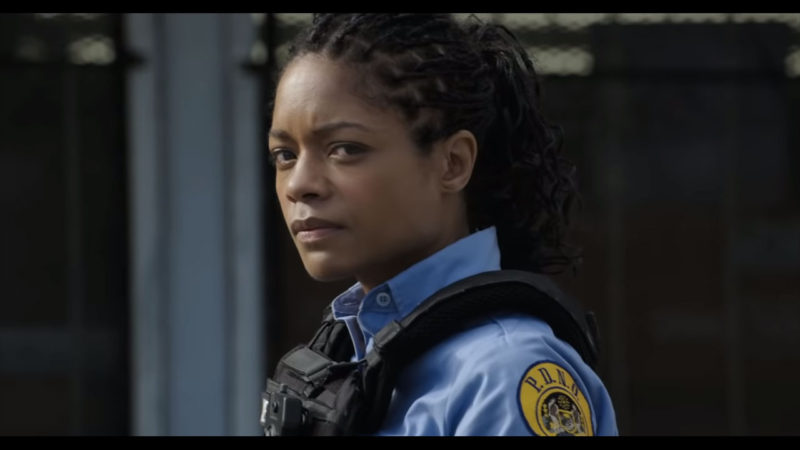 DELUX was granted the opportunity to see the early showing of Black and Blue and it was definitely a film to put in perspective, picking a side with your line of work and personal life. Officer Alicia West, played by Naomie Harris, is one of the only black female officers in her precinct in New Orleans. Her community thinks she’s a sellout because she’s on the opposite side now, the law.

When Alicia [and her body camera] witness her fellow officers, one being a narc, violently kill two young men for reasons that weren’t really specified, she battles with getting the footage to station to show the violent crime. She’s told that “Blues stick together” meaning police officers stick with each other, no matter the outcome”, and you are no longer on the other side. In Alicia’s eyes, “murder is murder” no matter how it happened. Since the murder happened to two young black men, it really hit home to her.

Alicia has the streets wanting her dead because they think she murdered the young men because the narcs lied on her. She also has her fellows officers after her because they want the body camera footage so they won’t incriminate themselves. During the movie, she gets help from a guy named Mouse, played by Tyrese Gibson, who’s from her hood. The film is a fictional, but realistic point of view of an officer wanting to do her job and serve the community but also being loyal to her job.

The question that should be addressed in REAL LIFE is… must you pick a side between being loyal to your job/coworkers or should you do what’s right even though it could jeopardize the relationship with your coworkers and maybe even the future of your job? Could you balance both OR do you do a classic “My name Bennett and I ain’t in it”?

Also, check out the film. It was good and definitely something to put in perspective in everyday life especially with the police killing unarmed black men commonly.