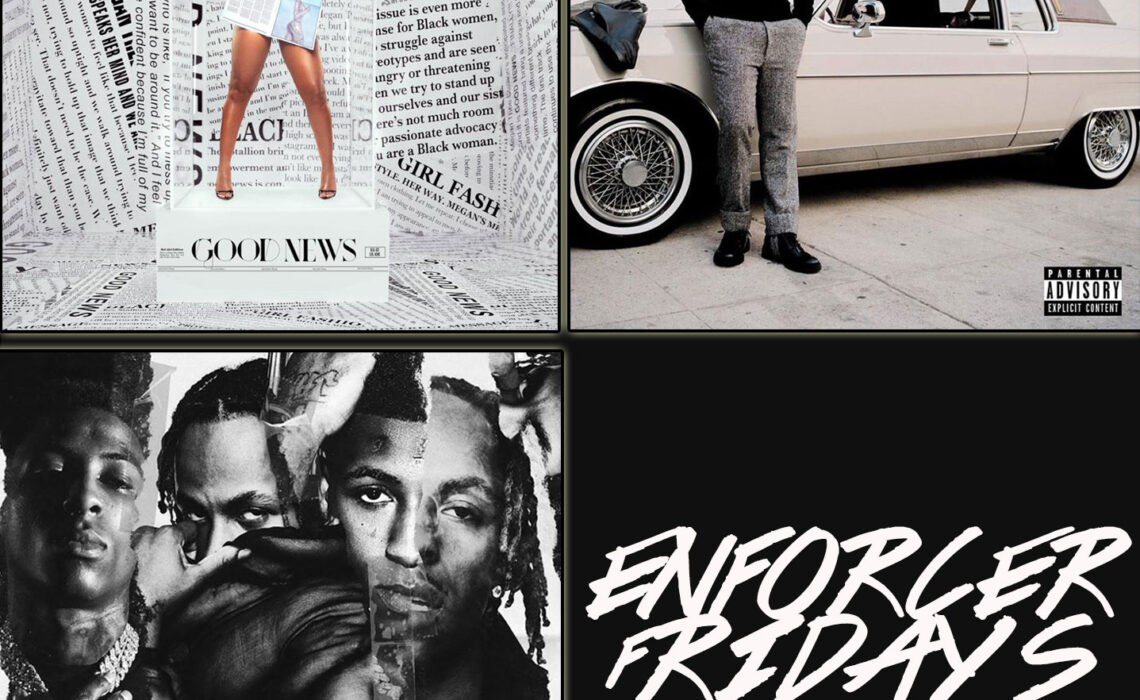 It’s the week before Thanksgiving and there is a enough music to sustain your musical palettes for the next few weeks. That being said, I want to help you navigate through the mountain of releases today, and tell you to follow my playlist on Spotify and now Apple Music.

My pick of the week is Megan Thee Stallion and her latest project “Good News”. The album title is fitting for this rising superstar in Hip Hop. Megan has gone through label disputes, to Tory Lanez allegedly shooting her earlier this summer in Los Angeles, and her controversial single with Cardi B “Wap”. Despite the controversy and headlines she has made this year, I’m hoping this is good news for the Texas bred emcee.

Good News is the first official project under Roc Nation management and delivers 17 tracks that are sure to make it a hot girl winter. Megan’s lead single “Don’t Stop” featuring Young Thug is full of her raunchy lyrics that y’all love. As I said before this was a trying year for Megan and Tory Lanez, and one of the tracks I’m looking to hear is “Shot Fired”. Notable features on the project include DaBaby, City Girls, SZA, Big Sean and much more.

Did you catch the Verzuz battle between Jezzy and Gucci Mane last night? Despite who you think won, Jezzy is winning this week having his project “Recession 2” to drop the day after his battle, this is sure to run the streams up. Jezzy is out to prove to his critics that he never left with his latest visuals “Back” featuring Yo Gotti (https://youtu.be/oRM4IaWWktY).  His latest single from the album ‘Therapy For My Soul” is an introspective view of his life, reflecting on his legacy, and his issues with Freddie Gibbs, and 50cent. The stakes is high, and hopefully Jezzy delivers us some heat.

In the last few years we have seen a lot of collaborations from artist, Rich the Kid and NBA Young Boy are next with their latest project Nobody Safe. I don’t know if anyone anticipated this pairing but the first song from the project, “Bankroll” has garnered a few folks interest in this pairing. From the sing song style of Rich the Kid, to the 1,2 punch style of NBA Young Boy this will keep the young fans happy until Thugger drops next week.

Last but not least, Mar-Q released visuals for his song “Nobody” featuring BRB Loppy. As you know I am a big fan of the St. Louis Hip Hop and R&B scene and this song can be found on my Enforcer Friday’s playlist and my #StLouisRising playlist below. Have a safe weekend and remember to socially distance this holiday season.

Latest posts by Elvin Chambers (see all)
Leave a comment
416