Chingy vs The ‘Net <---our response to mediatakeout 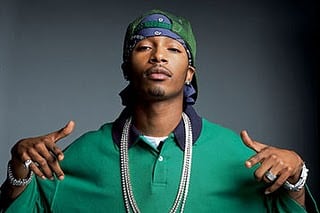 I know by now you’ve seen the video, so why sit back silently and wait for it to go away?

After watching this video that claimed to be “undeniable evidence” that Chingy is gay, I realized the public was as gullible as I once believed they were.  The super-trash blog-site that was once part of my morning routine, (but the thrill is gone with their day-late-dollar-short asses) MediaTakeOut.com not only thought this crap was print-worthy—but they thought there was so much proof packed inside this savagely slanderous spectacle, they listed it as their headline story of the day.

Now #CmonSon when was the last time Chingy has done something that’s been worthy of the headline on a blog site—exactly. So now some phantom vlogger referencing YouTube videos as its primary source of evidence is going to be an internet sensation at the expense of OUR city—NOT SO DAMN FAST!

Before the internet can go completely nuts and St. Louisans start creating urban legends about Chingy and his sexuality; how about you consider that he’s Chingy to the rest of the world, but to St. Louis—he’s Howard Bailey Jr.—and more importantly, he’s ours—and the last time I remembered, we didn’t take no sh*t from anyone when it came to defending OUR OWN!

Yes, the rumors were out before; and although some of you will wallow in your own ignorance and indulge in the “irrefutable evidence” presented in this poor display of debauchery, why don’t you take a moment to reminisce of the time when “Right Thurr” hit BET and helped to fuel the fire that the St. Lunatics ignited. Reflect on the pride you felt when you went out of town and when his smash hit blasted through the club speakers and you stole the spotlight because you were actually from St. Louis and could Nina Pop better than any of the posers in the club awkwardly flailing, trying to mimic something that you had been doing in Hadley’s for years.

When Chingy was up in the “Holidae In” with Luda and Snoop—you were right there with him, celebrating St. Louis.  When he was running BET Uncut (before “Tip Drill” came and killed it), most of you stayed up so you could see it. Finally, St. Louis had gotten raw—and secretly, we enjoyed it.

Now that some random asshole wants to piece together a concert video of some body-painted babes—or whatever, and their backstage photo (still in the body paint, might I add) and present it as if the two of them were hugged up in a hotel room “sword fighting”) you want to take to twitter and gag about it. Where is the proof? Where is this research MediaTakeout gave the dude credit for? Anyone who knows anything about the industry knows that models that are part of the show are not necessarily selected by the performer.  All he cares about is that she looks good. She’s nothing more than a prop, and when has a prop and a fan photo ever been considered to be proof of anything? #GTFOH

Instead of downing the brother, you need to be uplifting him.  Speak out for him—hell—gay or not, that’s that man’s business.  Whether you want to admit it or not—a lot of you are nothing more than bandwagon-riding vultures awaiting your opportunity to pick at the corps of the career shattered by lies in the media.

I find it might ironic that this “breaks” as Chingy’s preparing for a comeback, so I’m speaking out for him and against these allegations; and those of you media who continue to push this poison or choose to piss on this rant can quite frankly kiss my ass “Right Thurr”.

Keep your head up Chingy!

Chingy’s article in DELUX Magazine can be found in issue 4 by clicking here: http://deluxmag.com/april_mag/

All hate mail can be directed to Seven@Delux-Mag.com #Deuces