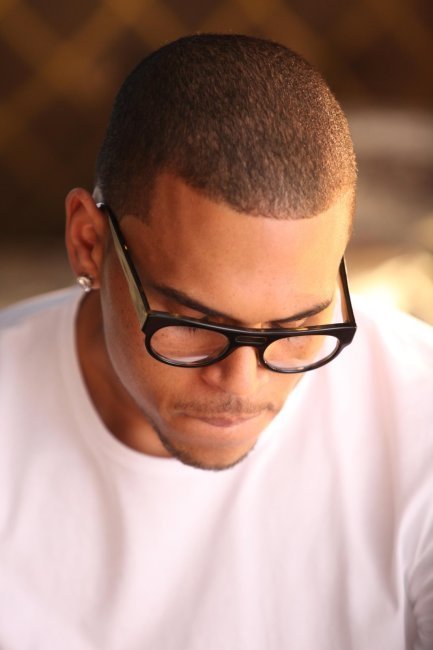 Ugh. I’m so hungover I can barely concentrate on breathing, much less this Chris Brown story, which seems incredibly and unnecessarily complicated this morning. Apparently, Chris Brown totally went off on Raz-B yesterday, on Twitter. Raz-B was a member of B2K, and has publicly spoken about being a victim of molestation at the hands of his male cousin and former manager. Apparently, Raz-B started the whole thing by tweeting something about how he didn’t understand dudes like Chris and Eric Benet disrespecting women like Halle Berry and Rihanna. Oh, and he also alluded to the rumor (that I’ve never heard before) that Chris has aboyfriend. And then Chris Brown responded on Twitter. Here’s some of the back-and-forth that went down, NSFW language:

Raz-B: @Chrisbrown Do you hit your boyfriend @andre_merritt like you do your women?

ChrisBrown: Tell me this @razb2k!! Why when the money was coming in u won’t complaining about getting butplugged! #homothug!!!

Raz-B: @chrisbrown I luv how u resort 2 disrespectful low brow tactics when u clearly sabotaged ur own career by beating women!

Chris Brown: @razb2k when I need tips on how to demolish my career I’ll call ya!!!!!

Raz-B: yo @chrisbrown i heard about all yo BoyFriends & tell yo cheerleader @1omarion 2 shut the fuck up b4 i send J BOOG 2 f**k HIS MaMa again

ChrisBrown: @razb2k it’s funny how I’m nominated for 3 grAmmys off of a mixtape and ur scrambling for change!!

Raz-B: @chrisbrown you steady talking about your career and homothugs but you have yet to respond about your boyfriend @Andre_Merritt

ChrisBrown: @razb2k merry christmas.i just gave you 20 thousand more followers.. u shouldve did this first instead of telling the world you got raped.

ChrisBrown: @razb2k you have a lower back tattoo that says “different strokes”

Raz-B: hey followers…. i want to apologize for fostering homophobia tweets.. this has nothing to do against my followers…

Raz-B: @Chrisbrown Since you took this that far! Dude, i wasnt Raped! what a disrespect to every Kid around the world that has been Molested!!!!!

ChrisBrown: BTW… i love all my gay fans and this immature act is not targeted at you!!!! Love

Raz-B: @chrisbrown u victimize victims, ur a homophobe, ur on the down low & a woman beater. Merry Christmas & thx 4 showin every1 ur true colors

Raz-B: @chrisbrown Is this your way of coming on to me???? Dude im not Gay! i was molested! stop disrespecting the LGBT community!

Raz-B: @chrisbrown Oh yea, your Michael Jackson tribute was cool, until you made it about yourself!!!!! What a Disgrace!!!! God bless you too!

Raz-B: @chrisbrown how do u defend urself in that manner bro? I forgive u but u hve alot of pple 2 apologize to. u offended alot of abused pple

ChrisBrown: its wack as f**k that everybody can bash me… but soon as i defend myself its world war 3.I TAKE SHIT FROM everybody… its cool though..

ChrisBrown: LOVE ALL MY SUPPORTERS and people who know my heart.HOMOPHOBE?c’mon,find a better tactic.thats pure ignorance and stupidity. i love everyone

So basically, Chris Brown is a stupid, ignorant piece of trash who will have an epic hissy fit meltdown if somebody even mentions that he mistreated Rihanna. That’s basically it, right? Also, Raz-B’s brother Ricky Romance is now threatening Chris with death (or at the very least, a severe beating). Sigh… whatever.

Wypipo Being Wypipo
Rihanna Tells Trump To Stop Playing Her Music
Movie Review
If I Choose The Life of Crime, I Want To Be A Part of The Ocean’s 8 Squad
Culture
Chance The Rapper Rushes To Cape For Kanye West