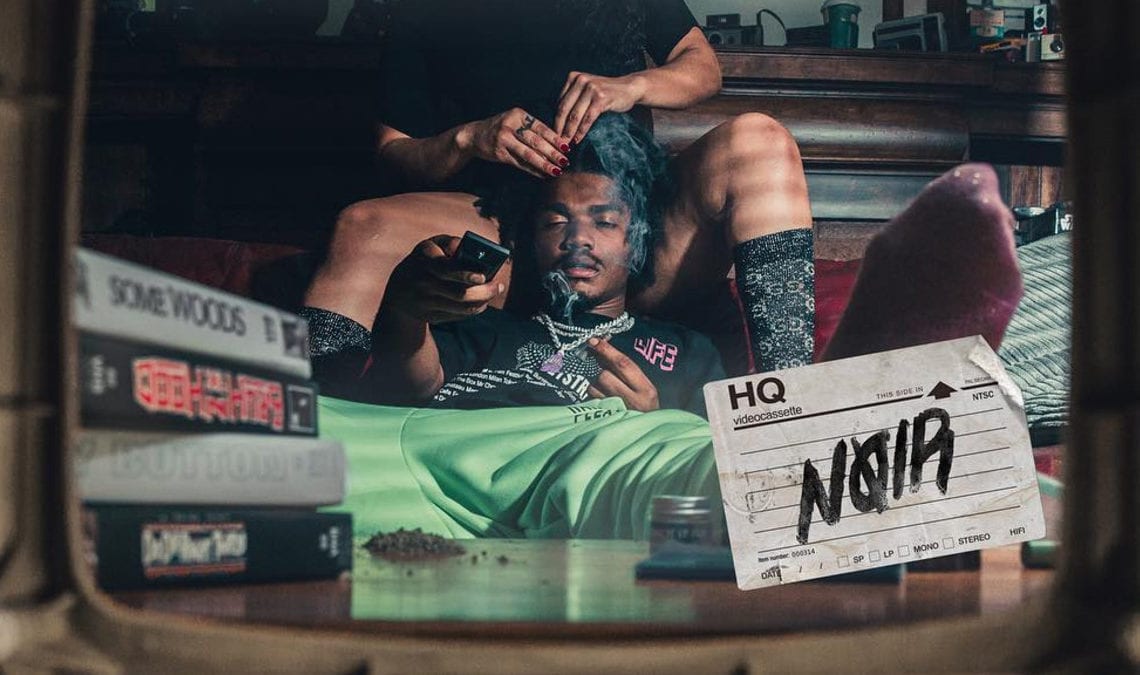 NOIR is the follow up album to Blk Swn from St. Louis’ own Smino. I don’t have much else to say other than that it is simply time to hop on the wave. There is so much soul and funk packed into this 18 track project. With assists from fellow Zer0 Fatigue family Bari, Jay2, and Ravyn Lenae you get wall to wall originality and depth. Dreezy steps in for “FENTY SEX” and it is the kinda song you just vibe along to. GOOD Music’s Valee joins Smino for “KRUSHED ICE”,  a short but sweet bop. On the production Monte Booker continues to shine. Also on NOIR we have Sango and LBoogie as collaborators.

Today Stream NOIR, then do it tomorrow, and repeat over and over. One time for STL, CHI. and a NEW WAVE.

Kri3mas is around the corner on December 14th so be sure to cop your tickets early…It will sell out. St. Louis rapper/singer Smino combines hip-hop with funk and soul influences, much like contemporaries Isaiah Rashad, Saba, and Ab-Soul. Born Christopher Smith, Jr., he was raised by a family of musicians who provided early exposure to jazz, blues, and gospel music, which he would go on to blend with his own influences Kanye West and Dungeon Family. A drummer since childhood, Smino played in his church band before he started rapping. His first foray into hip-hop was as half of the St. Louis duo YDOC (“Young Dumb and Outta Control”). Later, he released a solo mixtape, SMEEZY DOT COM. After graduating high school, he moved to Chicago to attend Columbia College. There, singer Drea Smith (his cousin) introduced him to other artists in the local scene. In 2015, he formed the music collective Zero Fatigue with producer Monte Booker, rapper Jay2AintShit, and singer Ravyn Lenae. He released his first official EP, the sexually charged S!Ck S!Ck S!Ck, that October, quickly following with the Blkjuptr EP, an André 3000-esque meditation on cultural alienation. By year’s end, he’d released the title track to his debut LP, “Blkswn,” which was closely followed by the subsequent 2017 singles “Anita” and “BlkOscars.” Blkswn arrived in early 2017 and featured appearances by Ravyn Lenae, Noname, and more. He promoted the effort on tours supporting SZA and T-Pain through the end of the year. In 2018, Smino issued “New Coupe, Who Dis?” with Chicago emcee Mick Jenkins. ~ Neil Z. Yeung