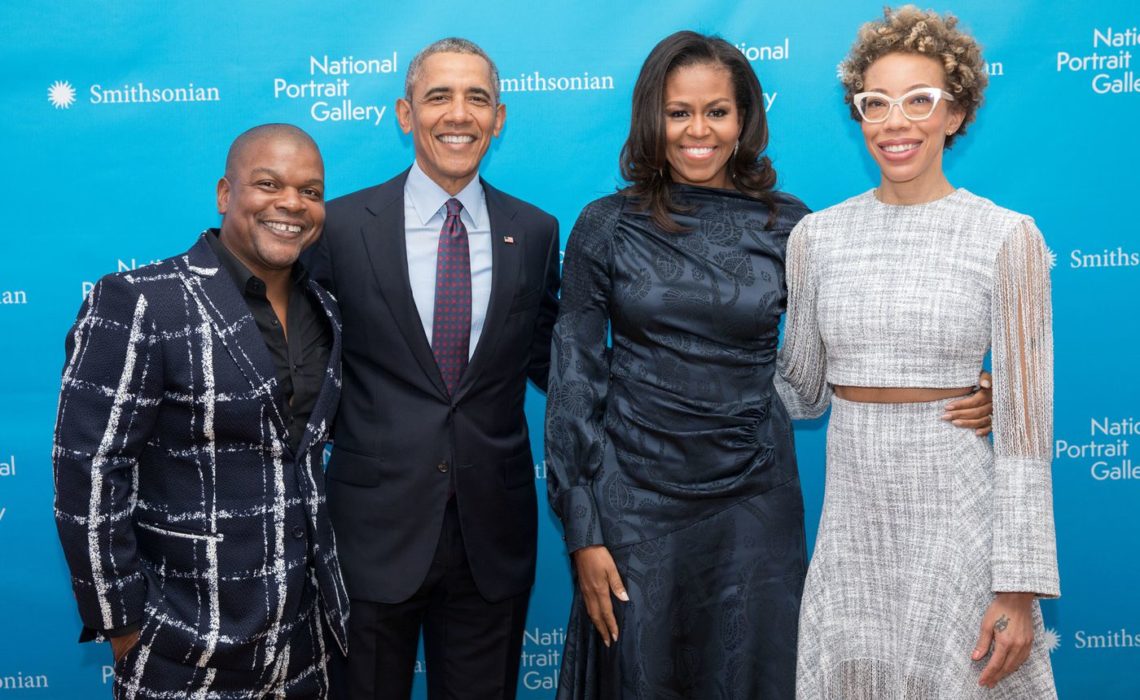 There’s no better way to solidify the meaning behind Black History Month, than to release the official portraits of our 44th President and First Lady.

This spring, Washington D.C. travelers and residents will have something new to gaze upon. On Monday, the portraits of former President Barack Obama and First Lady Michelle Obama were unveiled at a ceremony at the National Portrait Gallery.

Videos and pictures show the Obamas were present during the unveiling. Several photographers captured Barack staring in awe at the portrait of his wife. While Michelle Obama exuded happiness at the outcome of her portrait. This is the first time the museum has commissioned African American artists to paint a president and his wife. Kehinde Wiley, a Yale graduate, and hand-picked by Barack, painted the portrait of the president in front of a backdrop of flowers representing the home states of the former president. Chrysanthemums (official flower of Chicago), jasmine (symbolic of Hawaii), and blue lilies (representing his late Kenyan father) highlighted various aspects of his culture.

Amy Sherald, a Baltimore-based painter created the portrait of Michelle Obama. Sherald is known for her previous paintings of African Americans and several of them are on display in museums across the country.

The portraits are slated to officially be on display Tuesday. Barack’s portrait will be permanently added to the “America’s Presidents” exhibition on the second floor of the museum.

Tell us what you think about the portraits in the comments below! 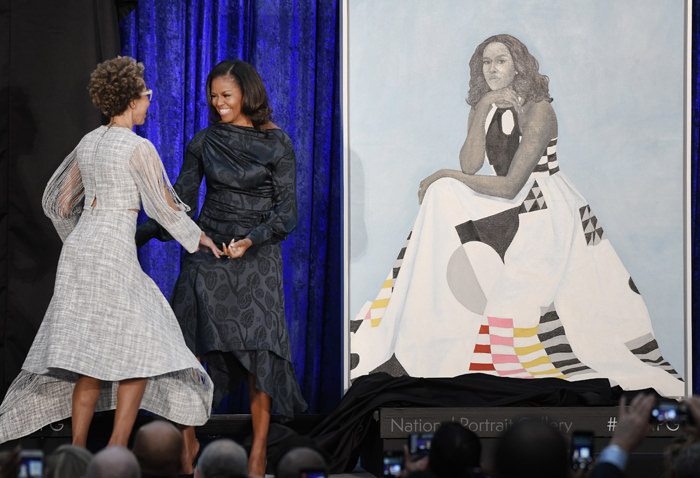 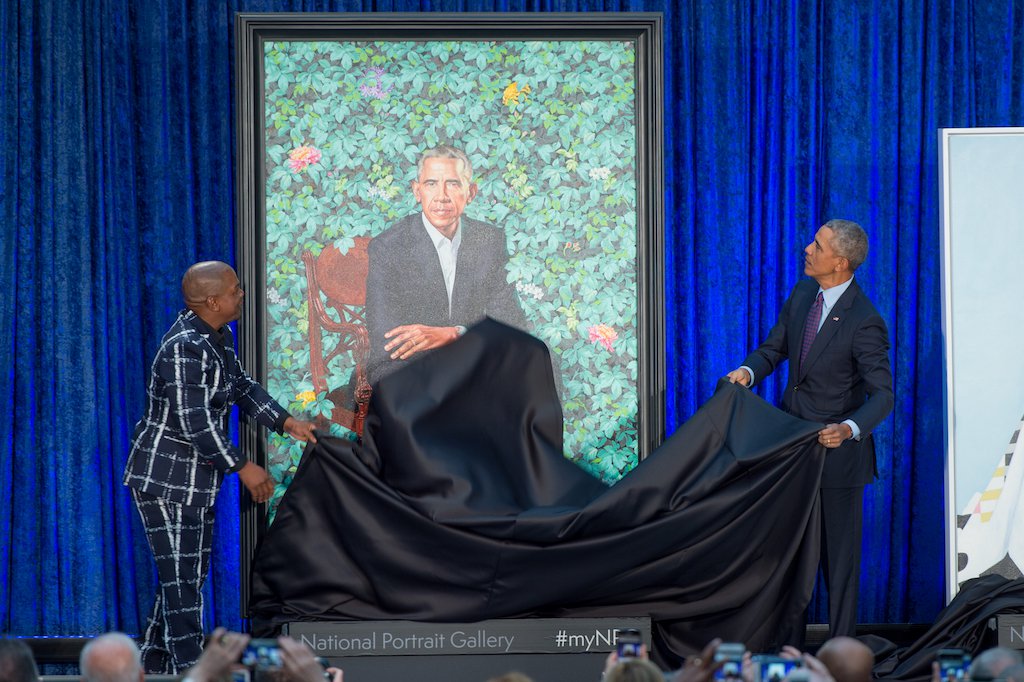