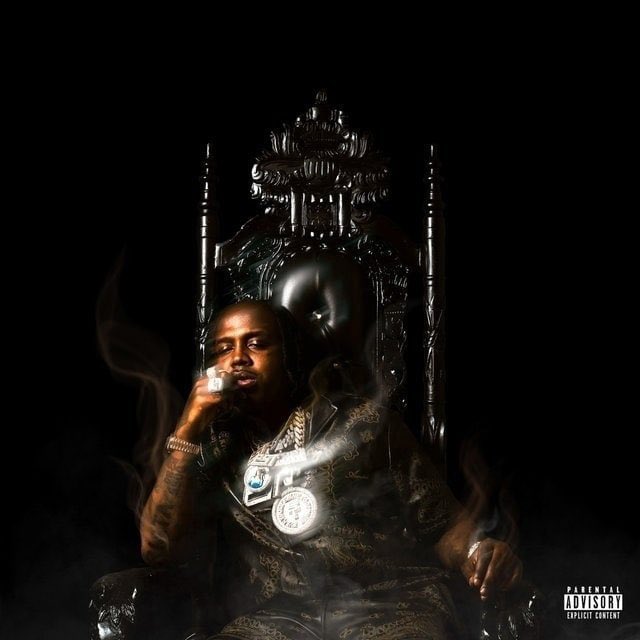 Is it me or does it feel like September is moving by quickly? Anyway, it is a new week and we have a few up and coming rappers that have released some new projects along with new singles added to Enforcer Friday’s Playlist. I also wanted to share for my St. Louis family and friends to head down to Frizz Fest Natural Beauty Fest. There will be tons of vendors selling Black owned haircare products along with live music going on from 12-6pm Saturday afternoon.

Up and coming Oakland rapper Symba has released a new mixtape Results Take Time. The 28 year old rapper linked up with DJ Drama for his Gangsta Grillz series in a year that his seen Symba’s status rise. The new project has guest features from Roddy Ricch, Pusha T, 2 Chainz, Key Glock and several others.

Results Take Time is full of solid lyricism and storytelling, on “Sacrifices” he chronicles is circumstances leaving Oakland to move to Los Angeles. Recently, Symba made his rounds on Funk Flex Hot 97 show to show us his free style, even calling out Funk Flex for speaking ill on Tupac. Notable tracks you should check out include “Never End Up Broke Pt. 2,” “Never Change,” “Find A Way” featuring IIAN RICH, and “Pop Out”.

EST Gee has been putting in work for Yo Gotti’s CMG label. The Louisville rapper is back with his last offering Have Mercy after dropping a collaboration project with 42 Dugg Last Ones Left earlier this year. The new project features guest features from Future, Jack Harlow, Bryson Tiller, Machine Gun Kelly, and Jeezy. You can expect to hear hard thumping beats that should provide you enough energy to complete that stair master at gym. Songs you should add to your playlist include “Backstage Passes,” “The Realest,” and “Shoot It Myself”.

Kxng Crooked and Joell Ortiz are back with a new project called Harbor City Season One. The former members of Slaughter House have teamed up to bring a drama series to life through their lyrics and storytelling.

Before this year, TDE’s Ab-Soul had been pretty quiet. This is the second single from the Black Lip Bastard in a year that has seen the label release a flurry of singles that you can listen to here.

Earlier this year Ravyn Lenae dropped her new project HYPNOS to warm reception. To build on the momentum of her most recent project; Lenae has collaborated with Doechii for the remix of “Xtasy”.

Thanks for supporting, and make sure you listen to my favorite selections from this week below. Have a safe weekend.