IN THE RED AND BROWN WATER 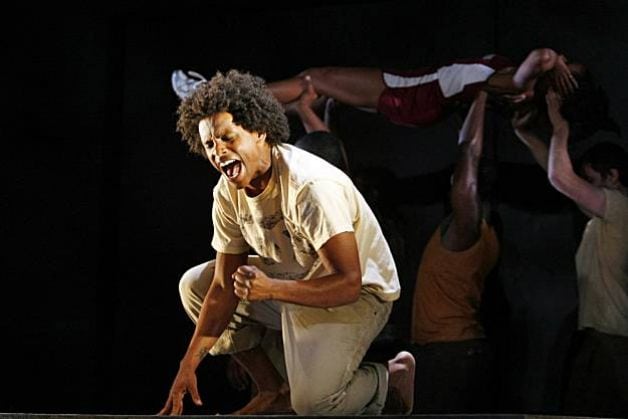 IN THE RED AND BROWN WATER SHOWING AT UMSL

The department of Theatre at the University of Missouri-St. Louis presents In the Red and Brown Water by Tarell Alvin Mcraney, October 9-12th. The play is set in mythical San Pere, Louisiana and loosely draws on West African myths. The story is of Oya, a track star who must make difficult choices on her journey to womanhood.

This production is directed by Assistant Professor of theatre Jacqueline Thompson, choreographed by Andrea Peoples, and musically directed by Weedie Bramiah. In The Red and Brown Water is sure to make audience members reflect on their own lives and the importance of seizing the moment.

The show will be held at the Touhill Performing Arts Center-Lee Theatre. Admission is $10 for the general public and $5 for students with their i.d.

Jacqueline Thompson is a theatre artist passionate about providing students opportunities to explore their creativity and embrace their individuality. She received her B.A. in Speech Communications from Clark Atlanta University in Atlanta, Georgia. Ms. Thompson holds a Master in Fine Arts in Acting from the University of Louisville as well as a graduate certificate in African American Theatre. She also earned a certification in Broadcast Performance from the Broadcast center in St. Louis. This actor, singer, director and poet has utilized her collective experiences to work as a teaching artist for regional theatres such as Actors Theatre of Louisville (2011-2012) and The St. Louis Black Rep (2001). She has over ten years in education, teaching as well as creating drama curriculum for area charter schools.
Thompson has performed in a myriad of regional productions throughout her career. Some credits include Princess Oshunana in The Orphan of Chao which debuted at the 2011 National Black Theatre Festival in Winston-Salem, North Carolina. Local credits include Seamstress on St. Francis Street (First Run Theatre), Quilters(Avalon Theatre), Insidious (The Black Rep) and Old Hearts Fresh(Shakespeare Festival St. Louis), Gees Bend (Mustard Seed), Prayer for The Gun Bug (Onsite Theatre).