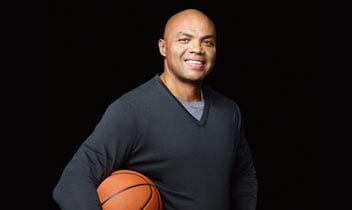 There’s is not enough positive news in the world. But heres something that should be on every front page in America… But Im sure it won’t…

PHILADELPHIA (CBS) – Sixers legend Charles Barkley is offering to pay the funeral expenses of three young siblings who died tragically in a hit and run crash in North Philadelphia.
Fifteen-year-old Keiearra Williams, 10-year-old Thomas Reed and 7-year-old Terrence Moore, were killed on July 25th when a stolen vehicle crashed into them while selling fruit to raise money for their church. Their mother, 34-year-old Keisha Williams, was also injured.
“All Philadelphians have been moved to tears by this crime,” said District Attorney Seth Williams.
Williams said former NBA player Philadelphia and 76er Charles Barkley has even reached out and offered to pay for the funeral of the three children.
“I received a telephone call from Sixers legend Charles Barkley,” said Williams. “Like most Philadelphians, many Americans and people across the world, he wanted me to know that he wanted to pay for the funeral for these three children and I put him in touch with the family so he can do that.”
Funeral arrangements for the children are still pending and their mother remains hospitalized in critical condition.
-CBS Philadelphia