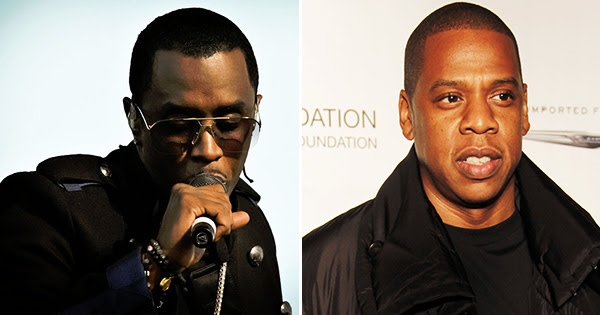 A huge social media backlash has erupted over comments by P Diddy that he and Jay-Z are looking into developing a ‘Buy Black’ app.

In a GQ article titled, Diddy Opens up About Biggie’s Death and the Secret Project, the hip-hop icon reveals he’s working with Jay-Z on an app that will allow users to look at a given city or neighborhood and see where the black-owned and black-friendly businesses are.

Although Diddy also spoke about Biggie’s death in the article, it was his comments about the app that stirred up a lot of emotions and generated a flood of responses. Many social media users highlighted that there were already several ‘Buy Black’ app solutions. And the latter is true.

iPhone and Android users are not short on options in the Google and iTunes stores when it comes to “Buy Black” apps, which means that Diddy and Jay-Z’s idea is nothing new. In fact, one app that’s already bridging the spending gap for not only black owned businesses but other minority groups is Spendwith (available for free in the iTunes and Google Play app stores). Touted as culture-based social shopping app, Spendwith empowers users to crowdsource the commerce-related social media posts of businesses and brands and identify these post by cultural identity. The app provides a place where users can save these posts to shopping lists, create new posts, share shopping lists, and connect with other users.

Responding to the revelation of the app development by the Hip-Hop icons, CEO and Co-Founder of Spendwith, Jibril Sulaiman, said: “I agree with the backlash, Diddy and Jay-Z should take look at what Naz has done with Queensbridge Ventures, and use an extension of their celebrity status to galvanize investments in solutions like Spendwith to help support black businesses and brands.”

Diddy’s motivation for wanting to develop the app is to actively move the black race forward. But, Sulaiman has a better idea how the celebrity could use his resources to help blacks gain economic power through an app.

He said, “Don’t build it yourself. Create a seed/pre-seed stage investment firm that invests in that black tech company that will in turn scale their innovative solution.” Aside from social media users underscoring the fact there were already many buy black apps. There were also questions. Questions like, ‘Why not an app for women or Latinos?’

“I think many people on social media have valid point,” said Sulaiman. “I realized during my time working for a local African American chamber of commerce that many groups, not just black people have initiatives to support businesses and brands based on cultural or demographic identity. Spendwith addresses this concern by providing an app empowers its users to highlight businesses and brands of many cultures and demographics.”

Pointing out the irrelevance of another “Buy Black” app as well as opportunities to partner with a brand that achieves far much more, Sulaiman said, “Diddy, what if people in Africa wanted to use your app in a largely black continent? They couldn’t, but they’d be able to use Spendwith because we allow users to identify business and brands by TRIBE and other region-specific identifiers.”

We’re not sure if the hip hop moguls will pursue this venture or if they will invest in a platform already developed.

What do you think? Tell us your thoughts in the comments below.