[Artist Spotlight] JR: Ready to Take on the World and Bring it Back Home 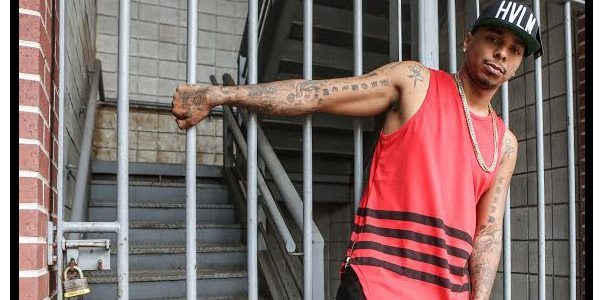 My first time hearing of JR’s movement was in East St. Louis talking shop with Lethal Cartel and Urban I Films’ filmmaker, Marquis “Bout Dat” Burton a little over a year ago.  He told me that he was the next out of St. Louis and after a month or two his name began to spring up being mentioned by some very influential people. When I heard Multi-Platinum artist Nelly and the multi-talented STL bombshell Tiffany Foxx on the remix, I was sold even more and I wasn’t the only one, once JR’s music began to float around, it attracted the attention of Trey Songz and his affiliates at MWE. Fast forward to now JR has been putting work like a veteran, recording, shooting videos, and doing shows and appearances in and out of state with more on the way. Since he started there has been no stop to his momentum. JR started rapping in a group in his teens like most artists. He found being solo worked best for him, where he could create and make moves that worked for him. Musically, coming up he idolized Biggie and Tupac of course and even more so St. Louis’ own Nelly. ”Nelly was a big influence for me and a role model as well. Being from where I’m from; he shined a light showing that it was possible and things could materialize within this music”.  Other favorites would include Outkast, since he was a youth he always appreciated songwriters he told me.  His dream collaborations would be with artists Lauyrn Hill and Andre 3000. He just wants to make good records. His latest song, “Best Friend” feat Trey Songz may give you an indication of his diversity. Much like his role model, JR is determined to be a success and represent St. Louis. Excitedly, he tells me that he’s been to Los Angles, New York and Florida clowning and making a name for St. Louis. He told me he wants to be someone St. Louis is happy to support.  “I’m doing this for me, my camp, and the crib”. I felt the need to address the elephant in the room and be candid with JR about our market which is notorious for not supporting our artist. He tells me that “I want to be somebody the crib is proud of, it starts with the music and I’m not going to let you down on that end. I just need the support of the city and that’s all I asked for and they have had no problem giving it me.”

All Photos by LB Photography

Latest posts by DeWarren Smith (see all)
Leave a comment
2145