Following the unexpected record breaking tidal wave that was Marvel’s last triumph “Black Panther” comes another behemoth of a game changer. I hope you have time to take a breath and truly ponder the possibilities of a ten year chain letter delivered through feature films.

That’s what the Marvel Cinematic Universe has succeeded at, while delivering the culmination of this saga entitled “Avengers: Infinity War”. Starring…… well, everyone. From Iron Man to Capt. America to Hulk to Thanos himself, the gang is definitely all here. AIW lets us finally gaze at the Summer blockbuster level on screen destruction we were promised from the after credits scene of the original Avengers film.

We watch “Earths Mightiest Heroes” call in all the help they can muster to fight a power they are not confident they can defeat. Was it worth the wait?!? That is a unanimous, “Duh!!!!”.

Look, if you don’t follow the MCU, this article probably reads like the gibberish of a tortured mad man. But for those, who’ve since 2008, kept up with this mayhem, lemme reassure you: it pays off.

No spoilers in this review, but I WILL say this film is something new. Years of Easter Egg inside jokes could be missed, action at almost every single turn, heart strings yanked like Cupid is tryin to make a point, so many characters we’ve come to love and grow with while they are jumping/flying/running/fighting all over the place. It is truly a sensory overload.

Tears streamed down my mesmerized face as I gazed at almost twenty movies worth of superheroes weave passed each other back and forth like a glorious ballet of Computer Generated Images. A magnificent sight to behold, indeed.

Take off your cool before the movie starts. Recognize this level of dedication to a superhero film franchise is what comic book lovers all over the world have imagined since Robert Downey Jr first lined up the legendary Tony Stark goatee. 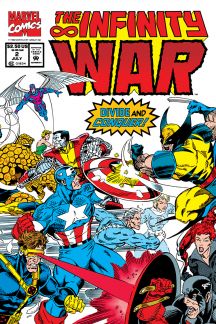 Thank you Stan Lee & Jack Kirby. I could write so much more, if this wasn’t spoiler free. Alas, we will have to sit down and chat about this another day. In the meantime, make time to hit the theaters and feast your eyes upon Marvel’s newest and biggest adventure yet: Avengers: Infinity War in theaters April 27th.