Perfectly poised on the principle of taking clients’ vision from concept to ribbon cutting, KAI Design and Build‘s second-generation president/CEO, Michael Kennedy, Jr., is focused on moving his company forward while diversifying the construction industry and providing endless opportunities for minorities in marginalized communities.

Following in his father’s footsteps, Kennedy came into the family business after graduating with his Bachelor of Science degree in business management from the historic, Hampton University. His role in business development offered him the challenge of securing sales through building and sustaining solid relationships. “I went out and learned by shadowing my dad on a daily basis when I first came into the company,” Kennedy stated. “I tried to mimic the way he made sales, but I had to create my own network. It was challenging because I was young and I was selling a very expensive and highly technical service.”

Success didn’t come easy for the budding businessman. Within his first year of the business, the country went into a recession. Following the 9/11 attacks, the .com bust, war, and economic uncertainty, Kennedy was faced with the task of selling products to a market that wasn’t buying. While the economic downturn took a toll on the business, it didn’t deter Kennedy from focusing on the future of the company his father built.

“My dad took it personally, which he shouldn’t have because he had no control over all these things. I had to watch him lay off 35 people my first year on the job, and he had to lay off some of the other salespeople, but he didn’t lay me off.” Kennedy continued, “I knew then it was on me. I wasn’t going to let anyone think I was there just because I’m his son. I was there because I had the best chance to win—so I had to make sure they saw that, and it made me grind 10 times harder.”

Determined to ensure that his kinship wasn’t the key to his success, Kennedy set out to verify his value as not only a salesman, but a leader—often analyzing processes in various aspects of the organization—with the goal to enhance the overall efficiency while strengthening the company culture to its core.  His impressive insight and aggressive action allowed him the opportunity to advance within the organization. From business development, he moved to manager of administration in business development. He then moved to vice president, and on to senior vice president. Currently, he holds the position of president and CEO.

The transition to his position as president of KAI Design and Build wasn’t without its challenges.  Within his first year, the economy took yet another downturn and the housing market crashed causing about seven years worth of major setbacks Kennedy fought to overcome. The obstacles he had to endure only sharpened his skills, opening him up for opportunities to expand the business.

“When I became president in 2008, I had vision and said, ‘The future of this company is going to be through acquisition and geographic expansion,’” Kennedy recalls.

“Although it’s hard to maintain a family business from first-generation to the second-generation, just to keep it open is a challenge. I feel like what my dad went through to build the company to what it is—versus the climate that I’m in—if I don’t at least double the size of the company and the profitability, then I didn’t do anything.

“I had to do better than he did because he couldn’t even get into architectural school as an African American when he was coming up—until they did desegregation. His road was longer and harder, and I carry that burden and decided if I’m not killing it, then I’m not doing anything because what my dad went through to get us here. I’m not honoring his legacy by just coasting.”

KAI Design and Build had already established a prominent position in the St. Louis and Dallas markets prior to Kennedy being seated in his position as president.  Upon assuming his new role, he took risks, analyzed the market, and followed through with is vision of growth through expansion and acquisition into the San Antonio, TX; Omaha, NE; and Atlanta, GA markets. A resilient risk-taker, Kennedy’s efforts and insight led to a 40% increase in staffing in 12 months, and more than tripling KAI Design and Build’s revenue from $8 million to over $25 million.

The emerging mogul once again focused on the future with his new venture in 2011. He took on a unique strategy entering the marketplace and moved to assemble a collection of subcontracting companies to vertically integrate a variety of services seamlessly into a new business model he coined: The Up Companies.

The Up Companies—a combination of the Power Up, Square Up, and Hustle Up companies—offer multiple subcontracting options for electrical, carpentry, and laborers—providing a general contractor those specific trades all in a single package, thus allowing the services to be combined and offered at a discounted rate—called, the UP-SIDE Advantage.

“I’m building a company focused on how construction is going to be done, not how it’s been done.”  He added, “What I saw was a broken system where I needed to respect the tradition, but look at the future. In the tradition, I saw high quality training. I saw excellent technology. I saw pride and brotherhood in a family environment when we built these trades. But it was a closed system, passed down generationally.”

With plans to diversify the industry by providing prospects for union employment, Kennedy set out to influence the culture of construction by creating opportunities for minorities to service the communities in which they reside.

“We try to make sure that we hire out of those communities we’re working in. It’s for the community, by the community, so we try to get as many qualified, diverse individuals as we can to work on our projects, especially in construction.

“We’re trying to expand those opportunities to as many African Americans that we can get into the union. Now we’re leading most of the subcontracting trades in our diversity numbers. We have about 38% out of 300 workers that are African American, or women that work in the field.”

In less than two decades, Michael Kennedy, Jr. came in and took the platform his father left him to the next level and helped reshape this community while innovating the construction industry. Through KAI Design and Build and the Up Companies, the second-generation leader integrated diversity and the way he structured his companies while revitalizing the industry ideology and reshaping the way construction is packaged and delivered.

To find out more about KAI Design and Build and the Up Companies check out: www.kai-db.comand www.theupcompanies.com 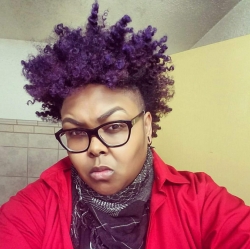 Delux Business
DELUX Business: THE UP COMPANIES EXPANDS WITH ADDITION OF HUSTLE UP, LLC
Delux Business
Michael Kennedy Jr + The Up Companies